A SPARK WITHIN THE FORGE: AN EMBER IN THE ASHES GRAPHIC NOVEL Announcement

BOOM! Studios is proud to announce A SPARK WITHIN THE FORGE: AN EMBER IN THE ASHES GRAPHIC NOVEL, an official prequel to the New York Times bestselling series of novels from creator Sabaa Tahir, writer Nicole Andelfinger (Dragon Prince: Bloodmoon Huntress) and artist Sonia Liao (The Curie Society). A SPARK WITHIN THE FORGE will be the second graphic novel in a three volume prequel series that will explore the pasts of beloved An Ember in the Ashes series characters.

Before they were torn asunder, Laia lived happily and quietly with her Nan, Pop, and brother Darin within the Scholar district of Martial-ruled Serra. Although Laia is afraid to venture outside her home due to the heavy Martial presence, Darin loves to explore all parts of their home city… even those that are forbidden.

A chance encounter with famed swordsmith Spiro Teluman, who sees in Darin a talent for forging weapons, leads him down a path that pulls him away from his family but towards hope for his people. Meanwhile, Laia is forced to take her brother’s place accompanying Pop to combat a dangerous illness spreading quickly through Serra. When Laia discovers a surprising cure, will she brave exposure and the heavily-patrolled streets so she can save the city and someone she loves?

Sabaa Tahir is the author of the An Ember in the Ashes series. She grew up in California’s Mojave Desert at her family’s eighteen-room motel. There, she spent her time devouring fantasy novels, raiding her brother’s comic book stash, and playing guitar badly. She began writing while working nights as a newspaper editor. She likes thunderous indie rock, garish socks and all things nerd.

“A SPARK WITHIN THE FORGE illuminates the histories of some of EMBER’s most beloved characters–Laia, Darin and Spiro Teluman. The story was one I’d thought of long ago when filling out these characters’ histories. I never thought I’d get a chance to return to it, or to do a deep dive to figure out exactly how I wanted it to play out. Doing so, and working again with Nicole Andelfinger and Sonia Liao as well as the BOOM! team, has been such a treat,” said Tahir. 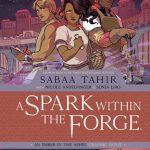 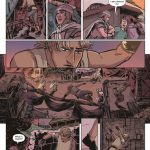 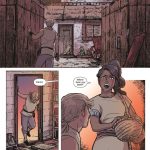 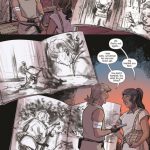 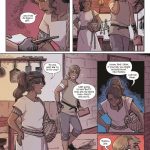 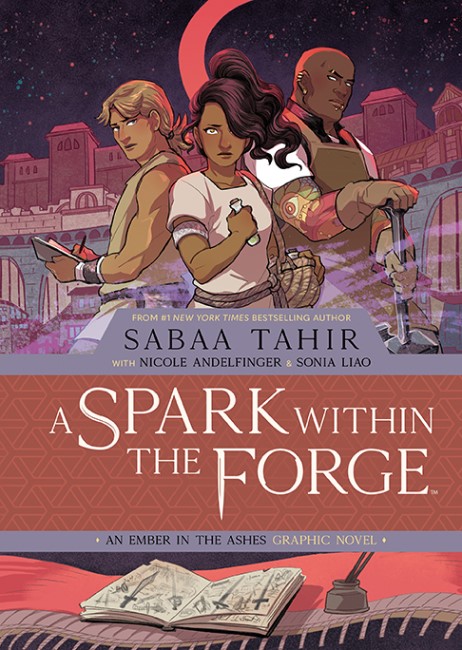 Nicole Andelfinger was crafting stories back when jelly shoes were cool. Since then, she’s only continued to dwell in the realms of magic, monsters, and myth. When not changing her hair color or writing comics for some of her favorite franchises–such as Jim Henson’s Dark Crystal: Age of Resistance, Regular Show, Rugrats, Steven Universe and more–she works a day job best described as ’emails’. She lives with her absolutely, most decidedly perfect cat in Los Angeles.

Sonia Liao is a comic book artist based in Westford, Massachusetts. After graduating from MICA with her BFA in Illustration, she completed an internship at Fablevision and began life as a freelance artist. She’s done work for publishers such as BOOM! Studios, Sourcebook Fire, Red 5 Comics, and Global Tinker.

“I’m super excited to bring to life even more of An Ember in the Ashes‘ world and characters in a second graphic novel. The streets of Serra are as detailed and rife with history as the Martials’ camps in the rainforest. Laia and Darin’s stories are intertwined yet separate: two points of view that complement each other as much as they oppose one another. I hope the readers enjoy their story as much as I did when drawing them onto the page,” said Liao.

A SPARK WITHIN THE FORGE: AN EMBER IN THE ASHES GRAPHIC NOVEL is the latest release from BOOM! Studios’ award-winning Archaia imprint, home to inspiring graphic novels such as Slaughterhouse-Five by Kurt Vonnegut, Ryan North, and Albert Monteys; The Sacrifice of Darkness by Roxane Gay, Tracy Lynne-Oliver, and Rebecca Kirby; Big Black: Stand at Attica by Frank “Big Black” Smith, Jared Reinmuth, and Améziane, We Served the People by Emei Burell, New World by David Jesus Vignolli, About Betty’s Boob by Vero Cazot and Julie Rocheleau, and the upcoming Eighty Days by A.C. Esguerra, Better Angels: A Kate Warne Adventure by Jeff Jensen and George Schall, and The Short While by Jeremy Sorese, as well as licensed series including Lev Grossman’s The Magicians: Alice’s Story, Jim Henson’s The Dark Crystal: Age of Resistance, and Jim Henson’s Labyrinth: Coronation.

Print copies of A SPARK WITHIN THE FORGE: AN EMBER IN THE ASHES GRAPHIC NOVEL will be available for sale February 2022. Digital copies can be purchased from content providers, including comiXology, iBooks, Google Play, and Kindle. 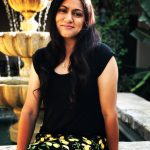 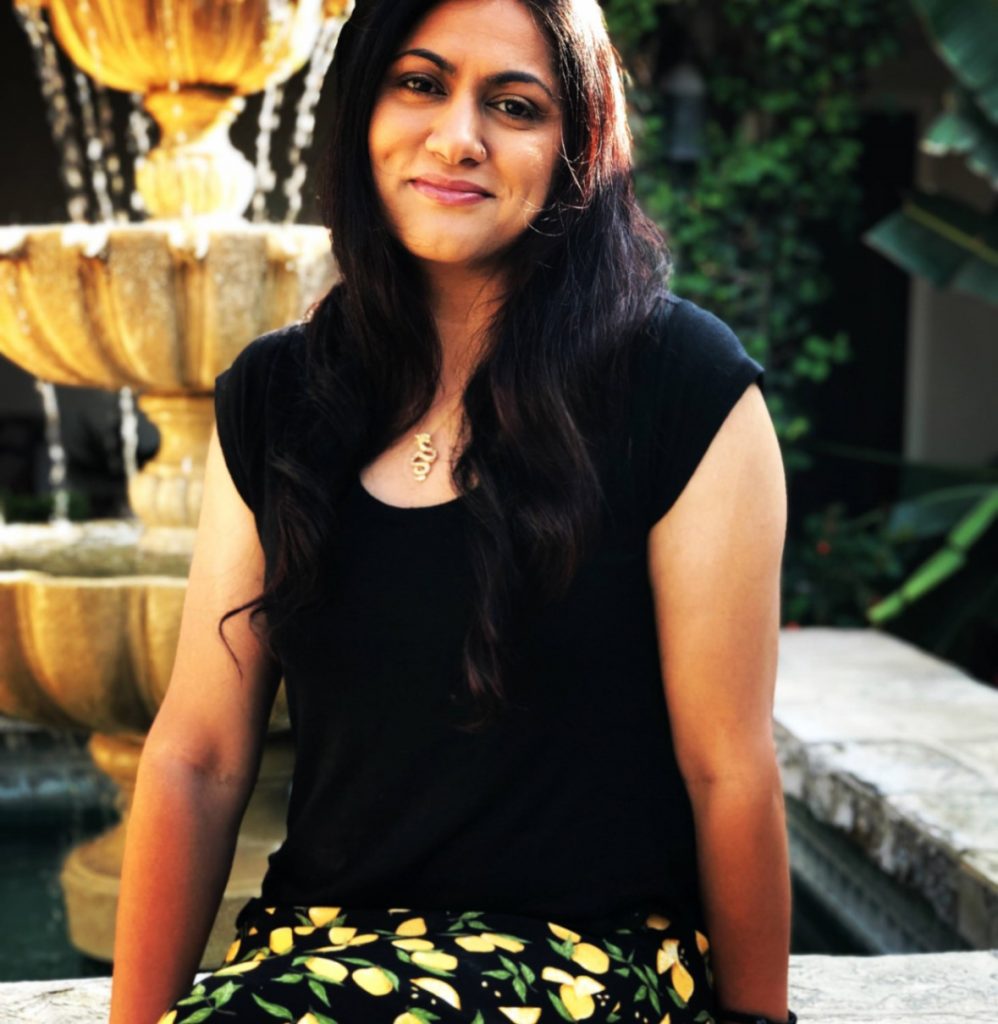