Rocko, Spunky, Heffer, Filburt, the Bigheads, and the entire cast of O-Town are back, but all is not well. The town is facing a job shortage and Rocko is hit hard. With unemployment and potential homelessness on the horizon, Rocko’s problems are just beginning. But with help from his best friends Heffer and Filbert and his faithful dog Spunky, Rocko is (mostly) ready to take on the world (maybe).

“ROCKO’S MODERN LIFE was one of the standout series for me growing up, as it really struck a chord with me in how similar it was to my own sensibilities and sense of humor, even at that younger age,” says series writer Ferrier. “Working on this series, especially knowing how incredible Ian is going to make it, has made me an even bigger fan.” 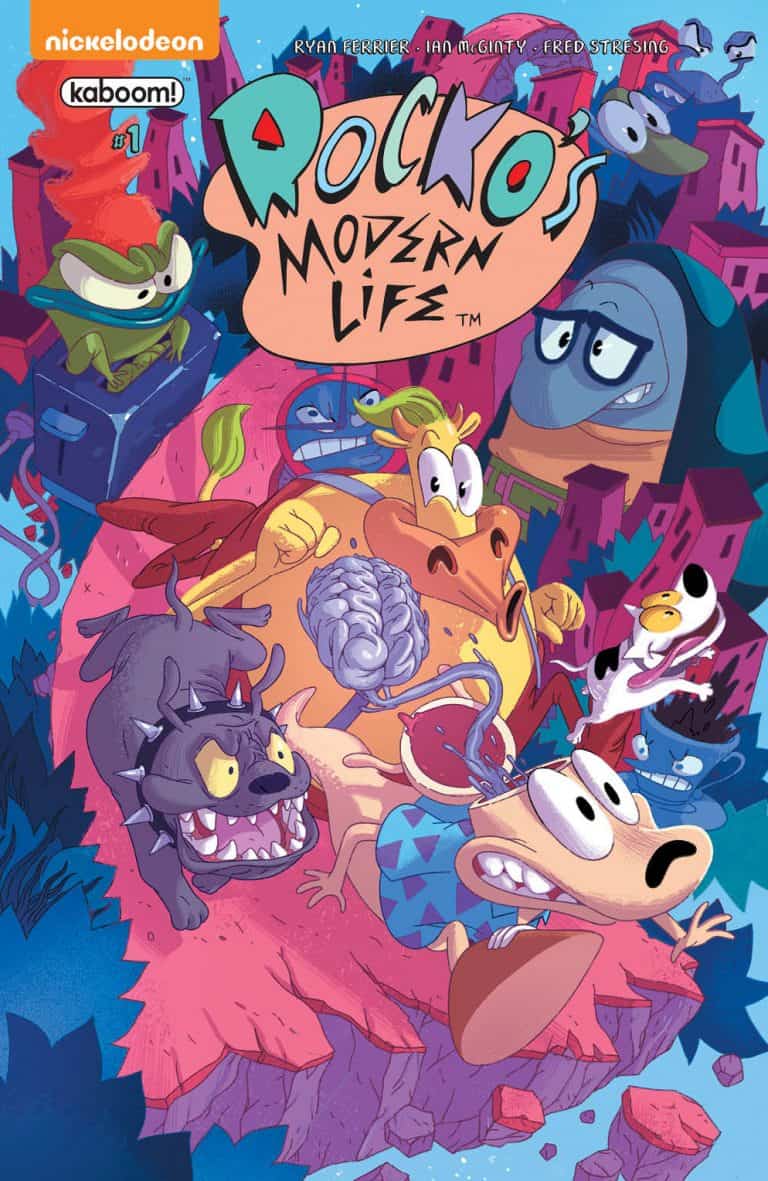 “Working with Nickelodeon on Rugrats and now ROCKO’S MODERN LIFE has been amazing,” says Editor Whitney Leopard. “We’ve been a fan of their shows for years and to be able to work with them on bringing these characters to life in comics is a dream come true.”

ROCKO’S MODERN LIFE #1 features a main cover by Jorge Monlongo (Adventure Time Comics), a “look-and-find” cover by Bachan (Bill & Ted Save the Universe), and a variant cover by Nick Pitarra (The Manhattan Projects). BOOM! Studios will also be offering a blank Sketch Cover for this launch. 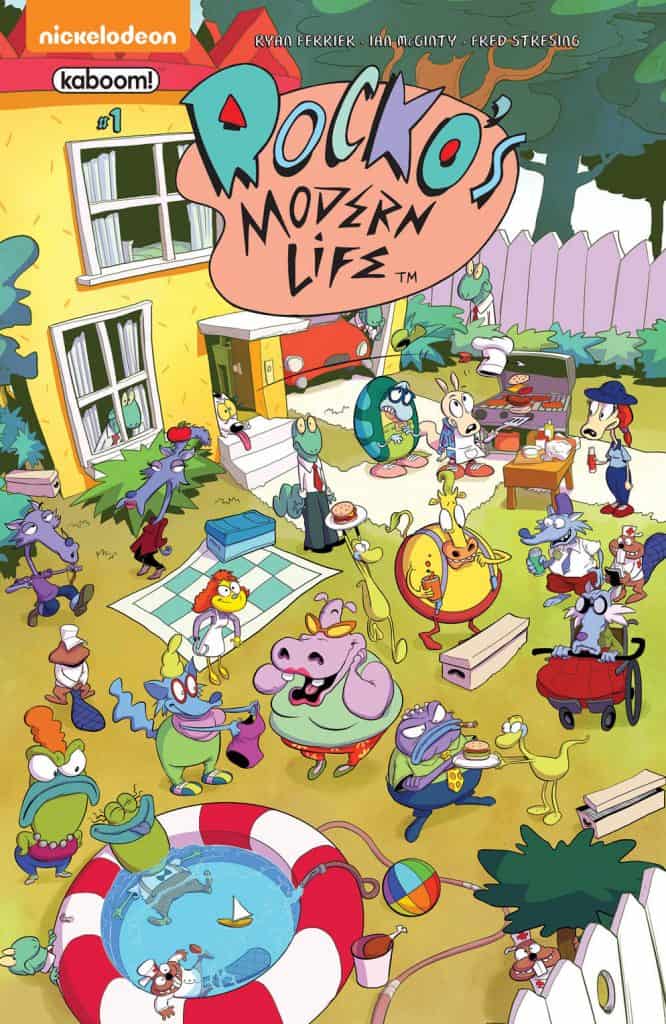 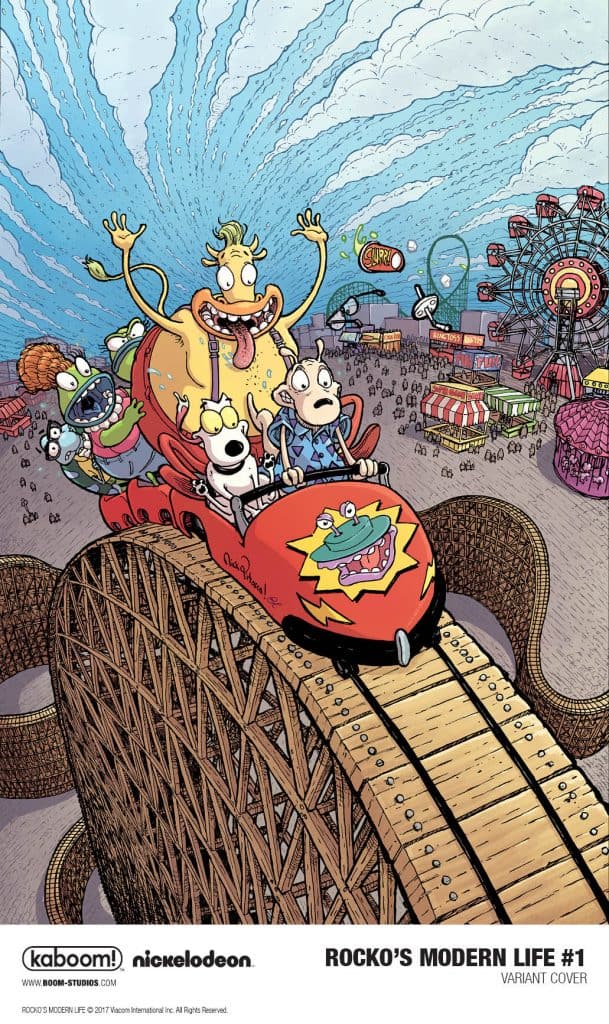 Print copies of ROCKO’S MODERN LIFE #1 will be available for sale in December at local comic book shops (use comicshoplocator.com to find the nearest one) or through the BOOM! Studios webstore. Digital copies can be purchased from content providers, including comiXology, iBooks, Google Play,  and the BOOM! Studios app.

ROCKO’S MODERN LIFE is the latest release from BOOM! Studios’ critically acclaimed KaBOOM! imprint, publisher of world-class licensed series such asSteven Universe, Over the Garden Wall, Peanuts, and Garfield, along with original series like Brave Chef Brianna by Sam Sykes and Selina Espiritu, and The Deep by Tom Taylor and James Brouwer.

For breaking news on ROCKO’S MODERN LIFE and more from BOOM! Studios, stay tuned to www.boom-studios.com and follow @boomstudios on Twitter.