BOOM! Studios today announced BEN 10: FOR SCIENCE!, the next middle grade original graphic novel based on Cartoon Network’s 2017 hit series, which will debut in stores July 2019.

Ben 10 tells the story of fun loving, 10-year-old, Ben Tennyson, his cousin Gwen and Grandpa Max, as they discover new adventures around every corner. Once Ben finds the Omnitrix, a mysterious watch that transforms him into 10 different heroic aliens, a world of extraterrestrial superpowers opens up to him. Ben 10 is produced by Cartoon Network Studios and created and executive produced by Man of Action Entertainment.

In BEN 10: FOR SCIENCE!, from Rainbow Award-winning writer CB Lee (Not Your Sidekick) and artist Mattia Di Meo (Adventure Time/Regular Show),  a science camp is attacked by a mysterious threat and Ben and Gwen must go undercover as campers to find out who or what is responsible. To have any chance of saving the day, they’ll need to follow the grisly trail of science experiments gone wrong.

“I’m so excited to bring Ben and Gwen to the dynamic world of discovery in FOR SCIENCE!” said writer CB Lee. “As they go undercover at a science camp to investigate monster rumors, they get swept up in making new friends and learning the wonders of space, robotics and more!”

“I can’t wait to start this new adventure with BEN 10!” said artist Mattia Di Meo. “Ben and his family are such strong characters, so it’s a treat to bring them to life…along with robots and space aliens. What else could I ask for?”

This is second original graphic novel release from the partnership between BOOM! Studios and Cartoon Network, following the upcoming debut of BEN 10: THE TRUTH IS OUT THERE from Lee and artist Lidan Chen in March 2019. 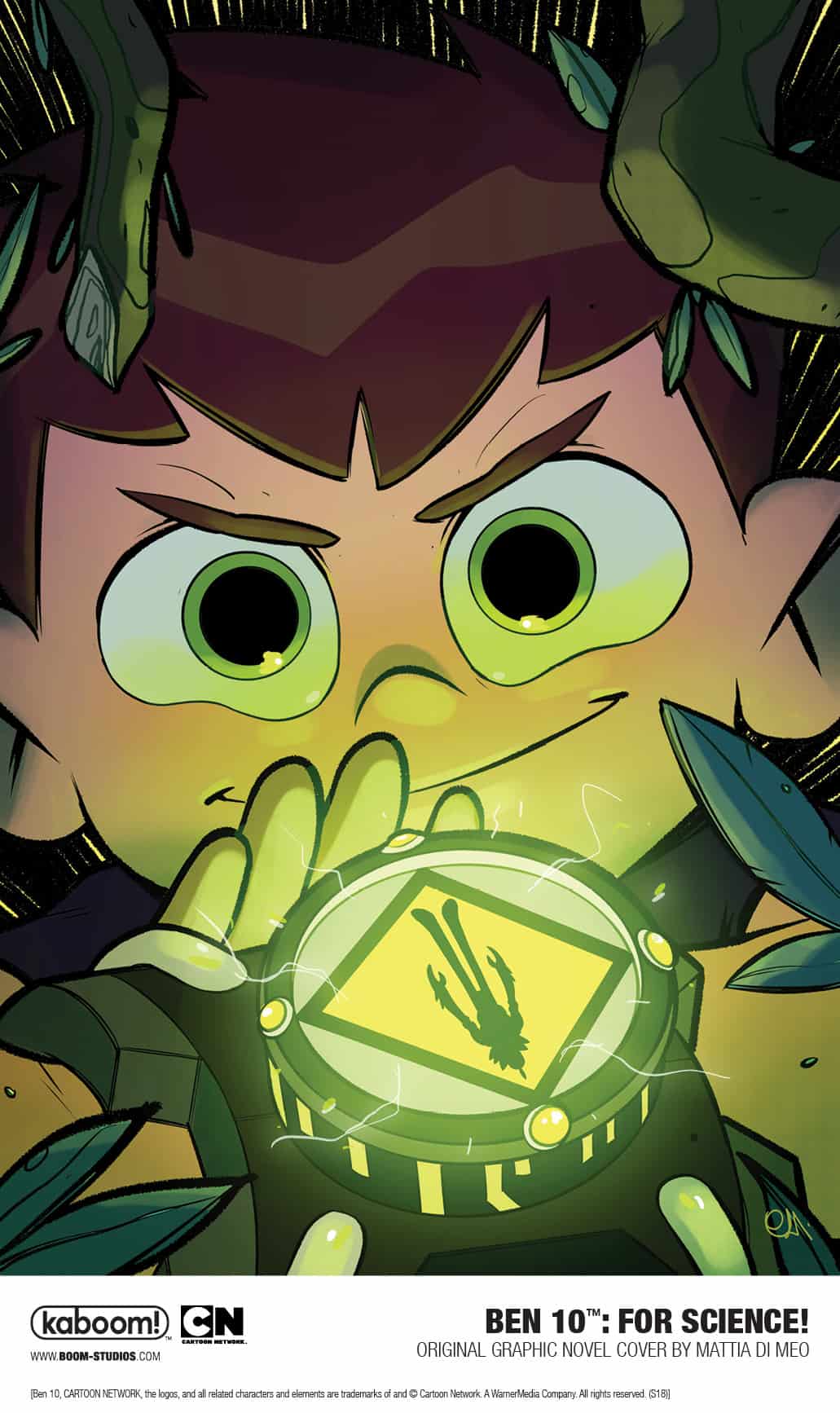 “We’re excited to jump back into all new adventures with Ben, Gwen, and Grandpa Max in BEN 10: FOR SCIENCE!,” said Cameron Chittock, Editor, BOOM! Studios. “C.B. Lee and Mattia Di Meo bring vibrant energy and heart to every page, worthy of this incredible series.”

BEN 10: FOR SCIENCE! is the latest release from BOOM! Studios’ award-winning  KaBOOM! imprint, home to comics for middle grade and younger readers including licensed series such as Adventure Time, Steven Universe, Regular Show and Over The Garden Wall, along with original series like Pandora’s Legacy by Kara Leopard, Kelly & Nichole Matthews, Bodie Troll by Jay Fosgitt, Ruinworld by Derek Laufman, and The Deep by Tom Taylor and James Brouwer.

Print copies of BEN 10: FOR SCIENCE! will be available for sale in July 2019 at local comic book shops (use comicshoplocator.com to find the nearest one), bookstores and the BOOM! Studios webstore. Digital copies can be purchased from content providers, including comiXology, iBooks, Google Play, and the BOOM! Studios app.