“A sharp, smart, and most of all fun celebration of sisterhood.”—Publishers Weekly Starred Review

In the final chapter of the “End of Summer” epic event, the brave campers and counselors of Miss Qiunzella Thiskwin Penniquiqul Thistle Crumpet’s Camp for Hardcore Lady Types are in the fight of their lives against the mysterious force known as the Grey. Molly has discovered a deep and ancient forest magic which she hopes to use to protect her friends and the home they’ve all found at camp. But will she be strong enough to save everyone in the camp and the forest? Or is the all-encompassing, all-erasing Grey just too powerful for anyone to stop? 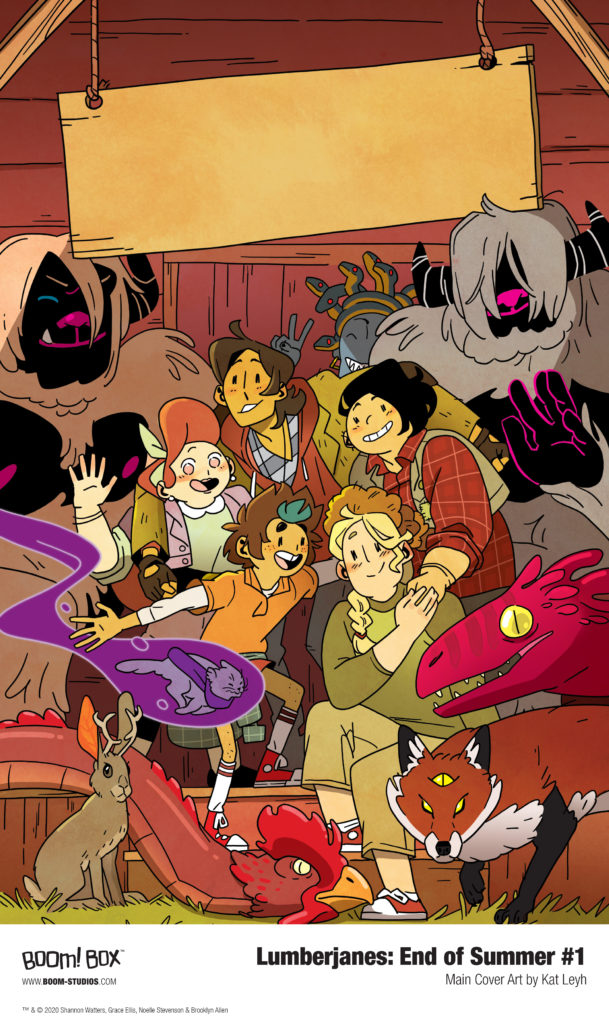 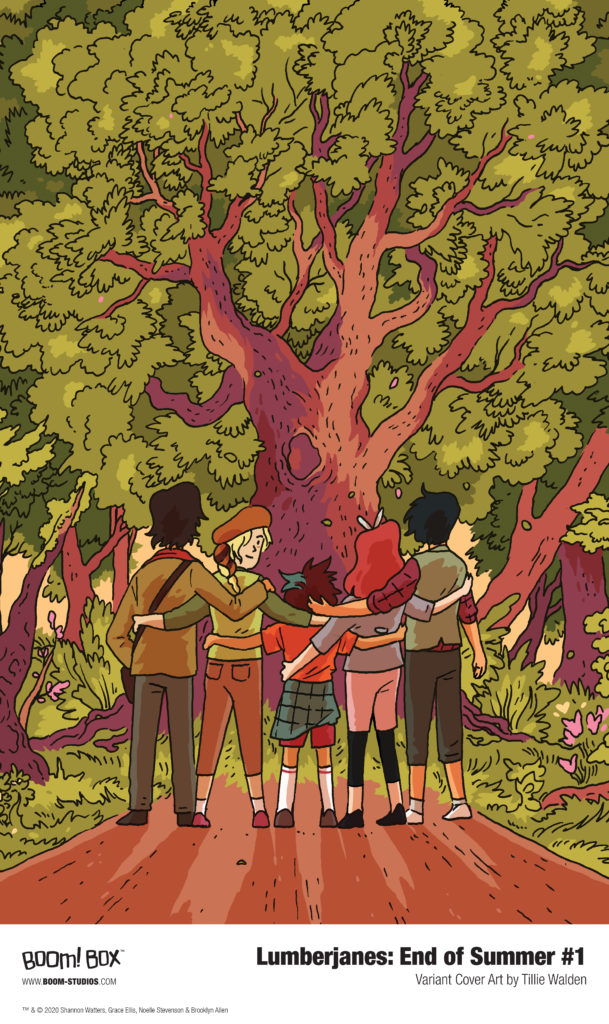 “When we announced ‘End of Summer’, we knew it would be the conclusion of a journey full of friendship, wonder, and fun for the Lumberjanes and for those of us who have wandered into the forest alongside them. We’re so happy that so many readers, young and old, have found joy and adventure whenever they sat down to a new story with Jo, Mal, Ripley, April, Molly, and all the other beloved characters we’ve grown to love throughout the years,” said Jeanine Schaefer, Executive Editor, BOOM! Studios. “While this is the end of the Lumberjanes monthly comic book series for now, it’s not the end of the ‘Janes and new adventures, so stay tuned for more exciting news to come.”

Launched in 2014 under BOOM! Studios’ YA-focused BOOM! Box imprint by series co-creators Shannon Watters, Grace Ellis, Noelle Stevenson and Brooklyn Allen, Lumberjanes was originally solicited as a limited series, but the overwhelming response from fans transformed it into an ongoing series that has become a New York Times best-seller, earned numerous nominations for prestigious awards including the GLAAD Media Award and the Eisner Awards (which it has won twice), and have even crossed over with heroes from the DC Comics Universe (in Lumberjanes/Gotham Academy). The Lumberjanes have expanded to middle-grade novels published by Amulet Books and a diverse array of merchandise from pins to patches.

Print copies of LUMBERJANES: END OF SUMMER #1 will be available in December 2020 at local comic book shops (use comicshoplocator.com to find the nearest one) or at the BOOM! Studios webstore. Digital copies can be purchased from content providers, including comiXology, iBooks, Google Play, and Madefire.