BOOM! Studios today announced the star-studded creative team for DUNE: HOUSE ATREIDES #1, the series premiere of a twelve-issue DUNE: HOUSE ATREIDES comic book series arriving in stores October 2020. This will be adapted & scripted by Brian Herbert and Kevin J. Anderson, who co-wrote the eponymous prequel novel based on Frank Herbert’s notes and illustrated by artist Dev Pramanik (Paradiso) and colorist Alex Guimarães, in partnership with Herbert Properties LLC and in full coordination with Abrams ComicArts, who are publishing in the fall the first of three graphic novel adaptations of Herbert’s original classic novel DUNE.

Set in the years leading up the Hugo and Nebula Award-winning Dune—which inspired the upcoming feature film from Legendary Pictures— DUNE: HOUSE ATREIDES transports readers to the far future on the desert planet Arrakis where Pardot Kynes seeks its ecological secrets in remote, desolate regions of the alien world.

Meanwhile, a violent coup is planned by Shaddam Corrino, the son of Emperor Elrood; far away, an eight-year-old slave Duncan Idaho seeks to escape his cruel masters; and a young man named Leto Atreides begins a fateful journey. These unlikely souls are drawn together first as renegades and then as something more, as they discover their true fate – to change the very shape of history!

“Dune is one of the most exciting and important sci-fi worlds ever created – so once we had Brian and Kevin onboard, we knew we needed some of the best artists in the business to deliver the kind of series that would deliver on the epic story they’re telling. Dev and Alex bring an exciting look to the world of Dune, with Vladimir Harkonnen and Duke Leto visualized for the very first time in comic book format. Add in superstar artists like Jae Lee and Dan Mora bringing jaw dropping covers and you’ve got a series unlike anything else in comics.” said Dafna Pleban, Senior Editor, BOOM! Studios. 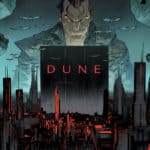 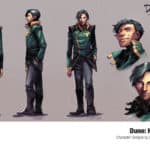 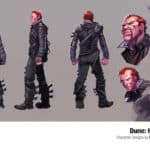 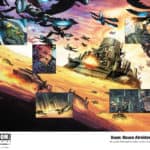 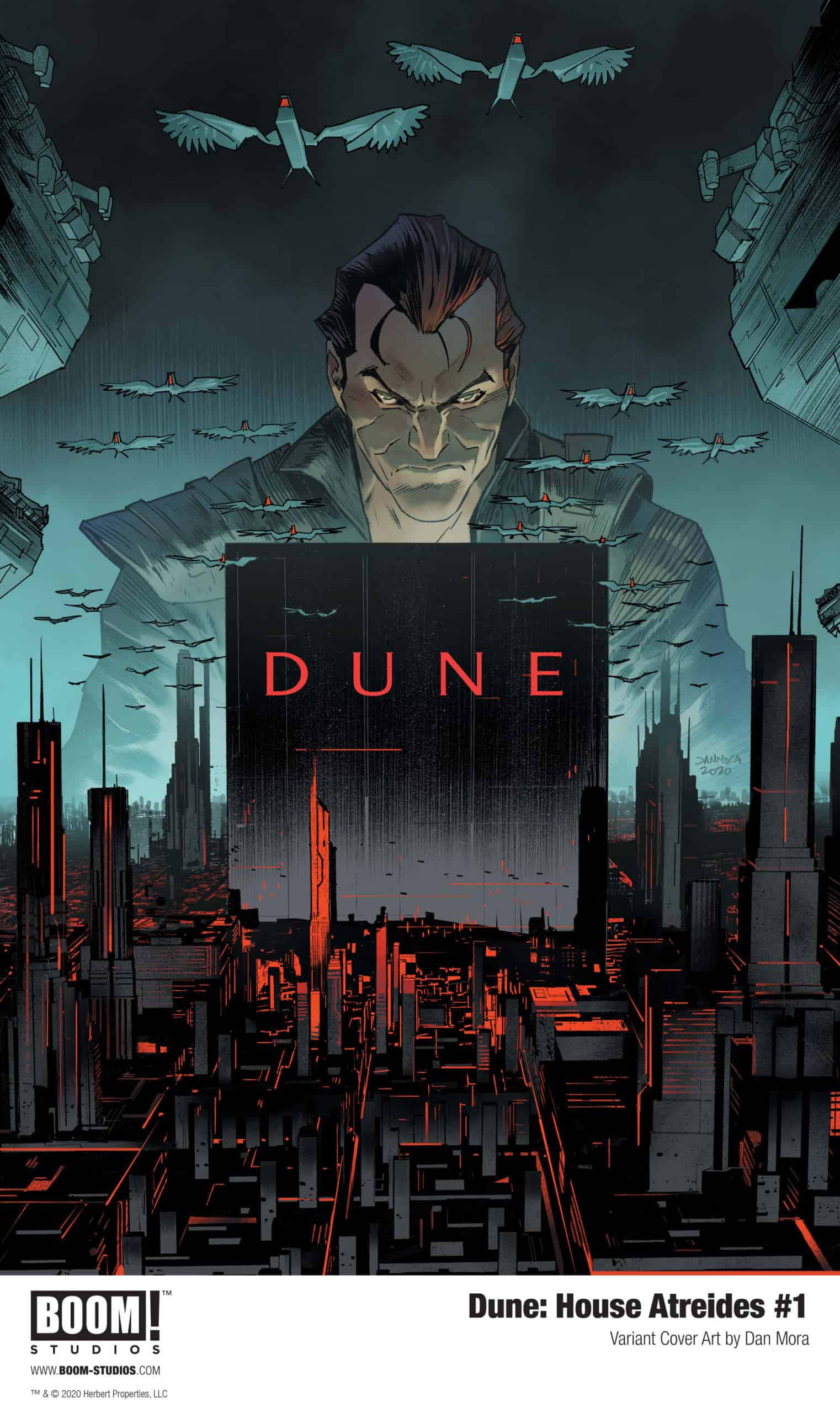 The DUNE: HOUSE ATREIDES limited series is published in coordination with Abrams ComicArts, who will release a graphic novel trilogy adapting Frank Herbert’s original novel Dune, with volume one coming November 24, 2020. The Dune graphic novels from ComicArts are also adapted and scripted by Brian Herbert and Kevin J. Anderson, and will be illustrated by Raúl Allén and Patricia Martín, and feature covers by Bill Sienkiewicz.

DUNE: HOUSE ATREIDES is the newest release from BOOM! Studios’ eponymous imprint, home to critically acclaimed original series, including Once & Future by Kieron Gillen and Dan Mora; Something is Killing the Children by James Tynion IV and Werther Dell’Edera; Faithless by Brian Azzarello and Maria Llovet; Klaus by Grant Morrison and Dan Mora; Folklords by Matt Kindt and Matt Smith; The Red Mother by Jeremy Haun and Danny Luckert; and Alienated by Simon Spurrier and Chris Wildgoose. The imprint also publishes popular licensed properties including Buffy the Vampire Slayer from Jordie Bellaire and David López; Firefly from Greg Pak and Dan McDaid; and Mighty Morphin Power Rangers from Ryan Parrott and Daniele Di Nicuolo.

Print copies of DUNE: HOUSE ATREIDES #1 will be available on October 21, 2020 at local comic book shops (use comicshoplocator.com to find the one nearest you), or at the BOOM! Studios webstore. Digital copies can be purchased from content providers like comiXology, iBooks, Google Play, and Madefire.