WYND #1, featuring a cover by Dialynas, will be on-sale June 17, 2020 at comic shops – just one week after the landmark release of Something is Killing the Children Vol. 1, the top ordered graphic novel in the comics industry, and DC’s hotly anticipated Batman #92, both written by Tynion IV. Every issue of WYND will feature over 40 pages of story – more than twice the standard comic.

This is the first original series from BOOM! Studios to be announced and solicited outside of the traditional solicitation cycle, which normally involves soliciting product three months in advance to retailers and fans. Though WYND was originally announced as an original graphic novel from the BOOM! Box imprint for a November 2020 release, the company saw a unique opportunity to deliver fans and retailers a new Must Read series at a crucial time in the comics industry. The unorthodox and one-time only approach allows BOOM! Studios to deliver the debut issue of the series in only one month.

“This unprecedented early release of WYND allows us to deliver one of our biggest new series of the year to readers sooner than expected and provides comic shop retailers with another hit series in one of the most important months of the year,” said Matt Gagnon, Editor in Chief, BOOM! Studios. “We know that readers are looking for entertainment that transports us to another world, delivering characters you love and a journey you can’t wait to follow month to month–-which James, Michael and Aditya deliver in this incredible fantasy epic.” 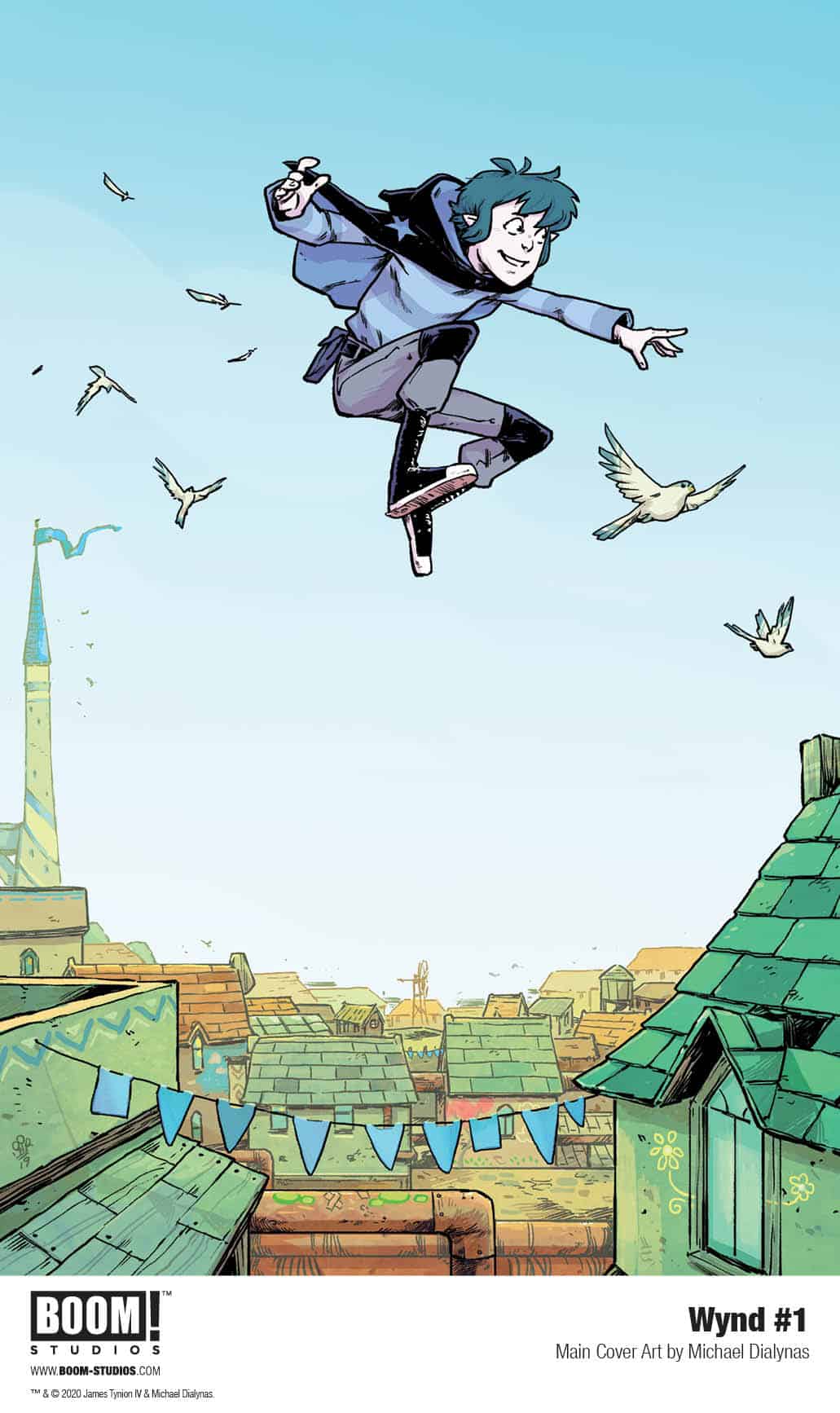 “The biggest retailers in the biz have been asking for hits,” BOOM! CEO and Founder Ross Richie said. “‘We need hits, hits, hits, load up the big hits for comic shops, Ross, we need excitement as stores reopen,’ they said. So we’re listening to our partners and providing them what they’re asking for. This is literally the familiar Stan Lee saying, ‘Because you demanded it!’”

WYND introduces readers to a world where magical heritage is punishable by death, so a young boy named Wynd must keep his true identity – and pointy ears – a secret from everyone in Pipetown, even if it means he’ll never have the normal life he wants. But when his secret is threatened, Wynd is forced to leave his home behind to embark on a dangerous quest that will put him at the heart of a royal conspiracy beyond his imagination.

Now on the run with the boy of his dreams, his best friend Oakley, and a literal prince, Wynd will have to embrace the magic within himself if he wants to save them from the shocking dangers that await!

“I’ve always been an impatient person. I think I might have willed this into existence last week, looking over the final pages of what was the WYND original graphic novel, wishing that people didn’t have to wait until November to see them,” said James Tynion IV. “WYND is my dream project, the one that i’ve been working on intermittently since I was in High School. Seeing it come to life with Michael’s art has been one of the greatest pleasures of the last year, and the idea that we’re going to get to bring it into the world in glorious oversized issues starting this summer is deeply exciting to me. We’re really proud of this one.”

“Just when I got my brain around the fact that people wouldn’t be able to read WYND Book One until November, BOOM! (pun intended) we suddenly get to share our series with you in a new and fun way next month!” said Michael Dialynas. “It’s been a blast creating the magical world of Esseriel with James and it has been a joy to work with Eric and the whole team again. I’m super proud and excited for you all to read WYND, just before we start planning out the next book in the series. Stay safe and read comics!”