BOOM! Studios today announced a new graphic novel in the series SEEN: TRUE STORIES OF MARGINALIZED TRAILBLAZERS, an original graphic novel series from a group of acclaimed comics creators including Jasmine Walls, Bex Glendining, Birdie Willis, Rii Abrego, Anthony Oliveira, and Killian Ng. This brand new graphic novel series illuminates the triumphs and struggles of important historical figures who aren’t found in traditional textbooks, but deserve to be remembered for their contributions to humanity and their inarguable strength and courage in the face of impossible odds.

In SEEN: RACHEL CARSON, from writer Birdie Willis and artist Rii Abrego, meet the woman who changed the way America fought against environmental crises through her bestselling books, ultimately spurring the creation of the U.S. Environmental Protection Agency.

Birdie Willis is a queer, non-binary comic book writer best known for her work on the five-issue miniseries Over the Garden Wall: Soulful Symphonies from BOOM! Studios. She resides with her wife and two cats.

“I feel SO privileged to have gotten to tell the extraordinary story of Rachel Carson’s life! I thought I knew everything about her when I began this project, but it turns out that wasn’t the case at all!” said Willis. “It’s my hope that I’ve captured even just a fragment of her; that by the end, the reader feels a genuine connection to both her, and her passionate defense of all living things.”

Rii Abrego is a southern USA-based Latina illustrator and comic artist with a BFA in both drawing and painting. Abrego has done work for BOOM! Studios, Oni Press, Lion Forge, Kazoo Magazine, and Power & Magic Press, among others. She has participated in anthologies such as Heartwood and ELEMENTS: Earth and is currently working with Alison Wilgus and Random House on the graphic novel Grace Needs Space!

“Rachel Carlson is such a tremendously impactful figure, and I’m thrilled for young readers to learn more about her through Birdie’s prose,” said Abrego. “Her story is a reminder that to protect the earth is to protect those who inhabit it.” 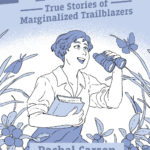 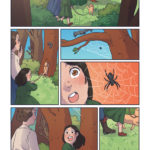 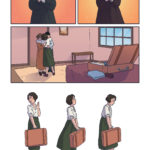 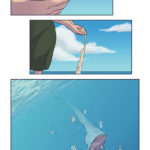 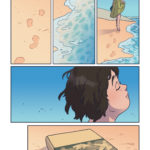 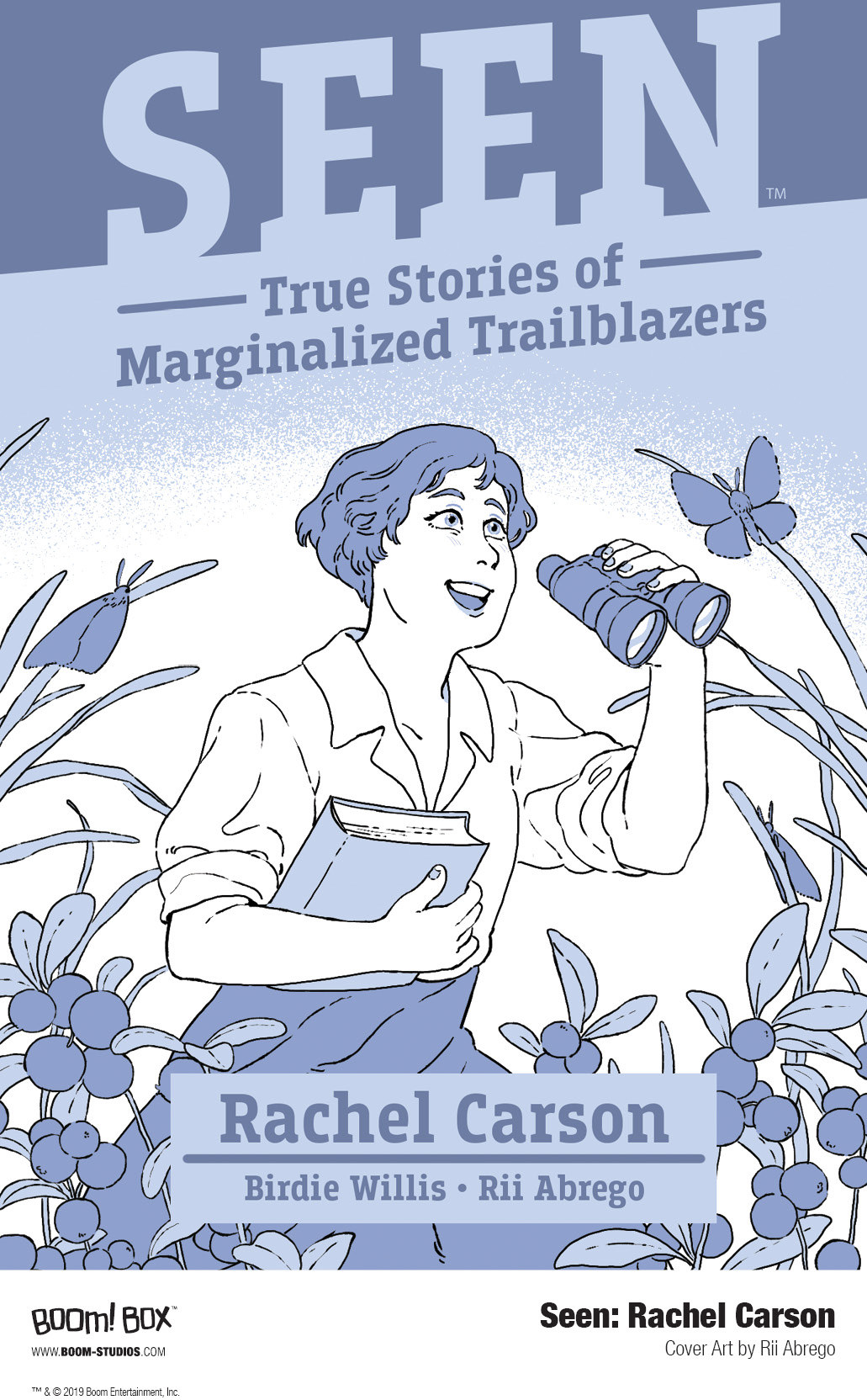 “Rachel Carson stirred the nation when she first published Silent Spring, bringing environmental science and its concerns to the people and shedding light on a dangerous topic that had been suppressed for too long,” said Shannon Watters, Senior Editor, BOOM! Studios. “Birdie and Rii dig deeper into the life of this courageous woman who stepped into the spotlight in order to speak truth and help make the world a safer place for future generations.”

Print copies of SEEN: RACHEL CARSON will be available for sale in March 2021 at local comic book shops (use comicshoplocator.com to find the nearest one), bookstores, or at the BOOM! Studios webstore. Digital copies can be purchased from content providers, including comiXology, iBooks, Google Play, and Madefire. The SEEN series launches with SEEN: EDMONIA LEWIS from writer Jasmine Walls and artist Bex Glendining, available in September 2020. 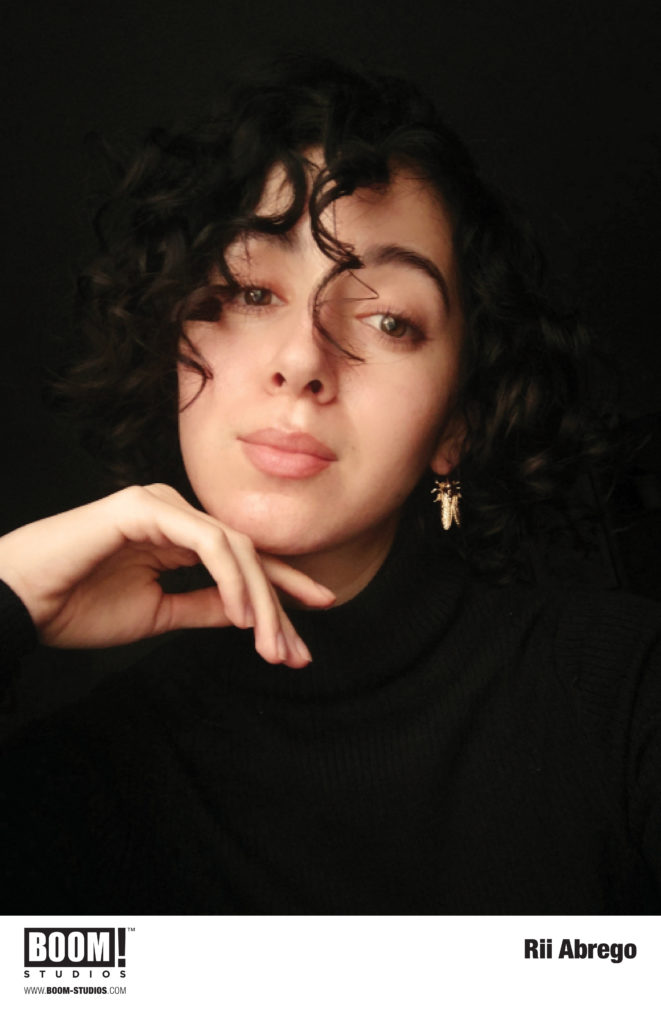 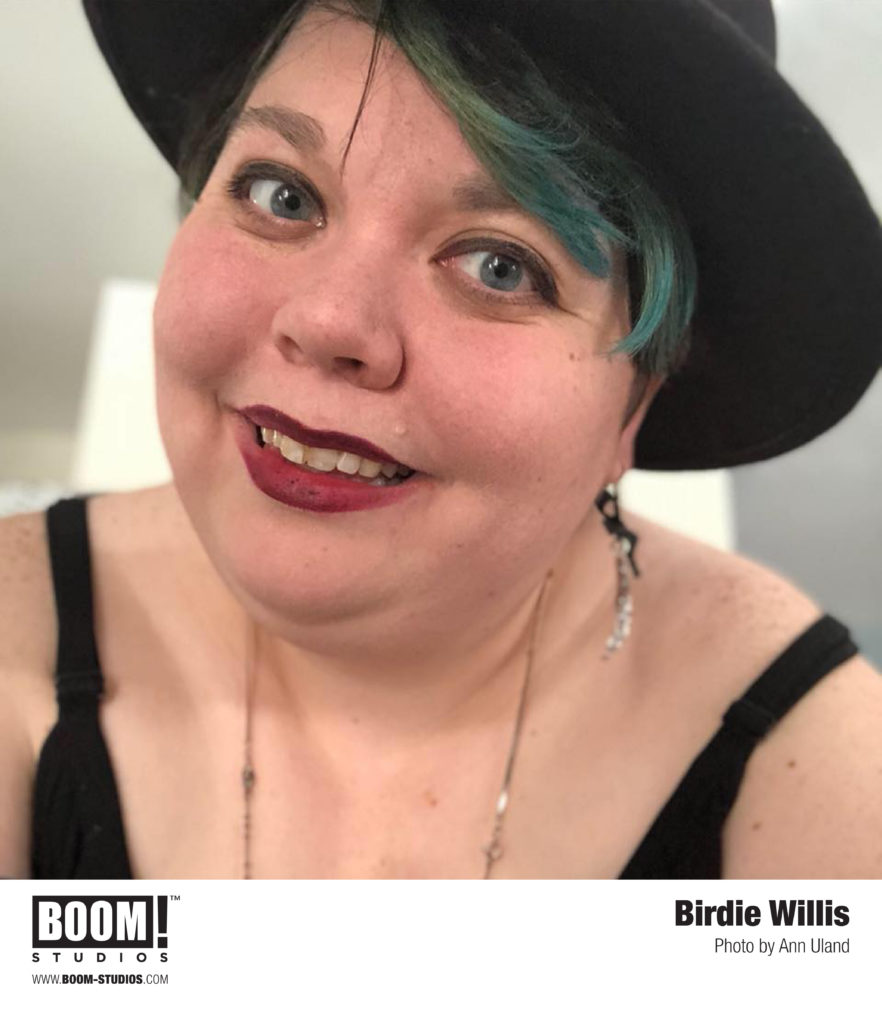