August, Rylee, Cora & Jennie have organized a “Spook Tour” with their classmates on the most haunted, demon-infested stretch of road in America to fund attending the concert of their dreams. But when their visit turns deadly, these four friends race to rescue the missing students…before the town tears them limb from limb. Now they must slay the evils roaming Proctor Valley Road…along with the monsters lurking in the hearts of 1970s America.

In television, Morrison developed and co-wrote a number of shows under a development deal for UCP at NBCUniversal. These include the hit show Happy! for SYFY in 2017, based on the comic book, and an adaptation of Aldous Huxley’s novel Brave New World for Peacock in 2020. A long-anticipated adaptation of the epic ‘90s series The Invisibles is currently in development. In film, Morrison recently co-wrote The Flash for Warner Bros. with Ezra Miller.

“I fell in love with these characters when I read Alex’s original series proposal and I’ve had an amazing time working with him and with Naomi to bring them to life for a spooky rollercoaster ride that feels like Nancy Drew on ‘shrooms!” said Grant Morrison. “Get your kicks…on Proctor Valley Road!” 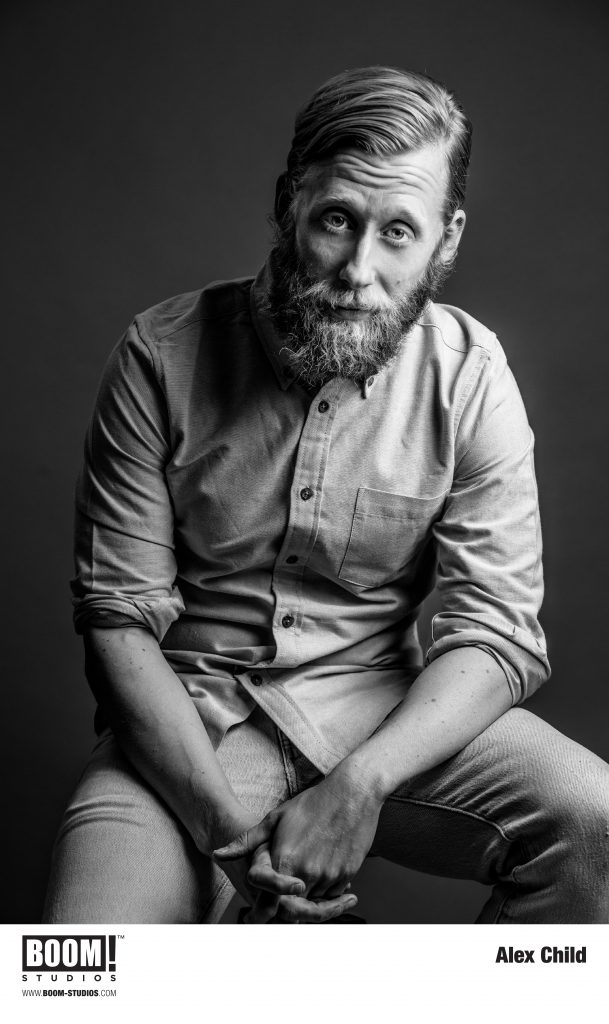 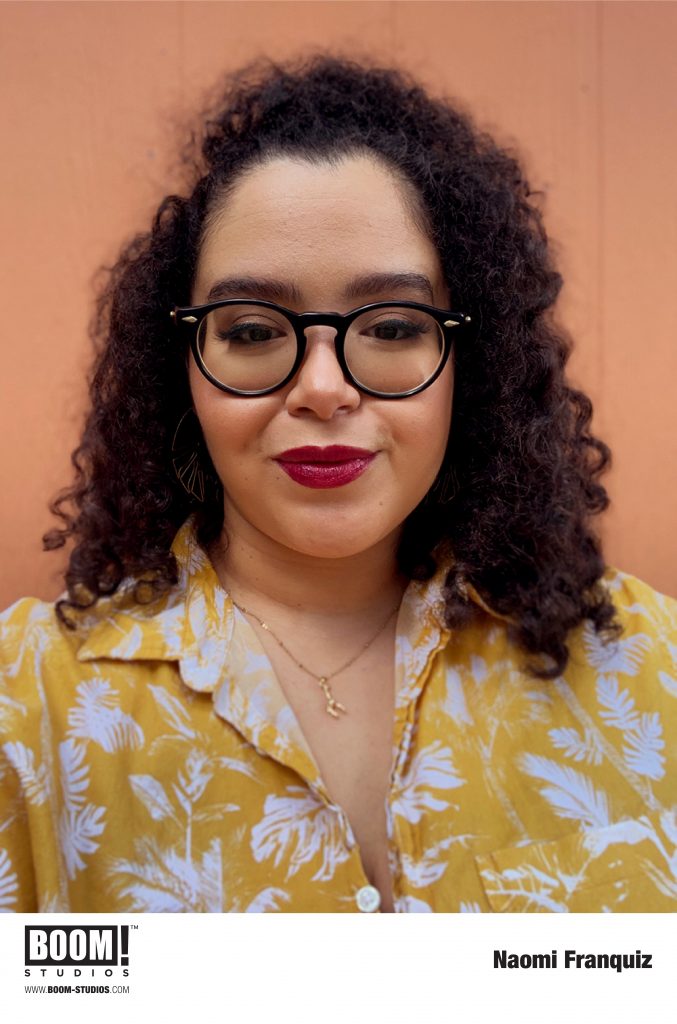 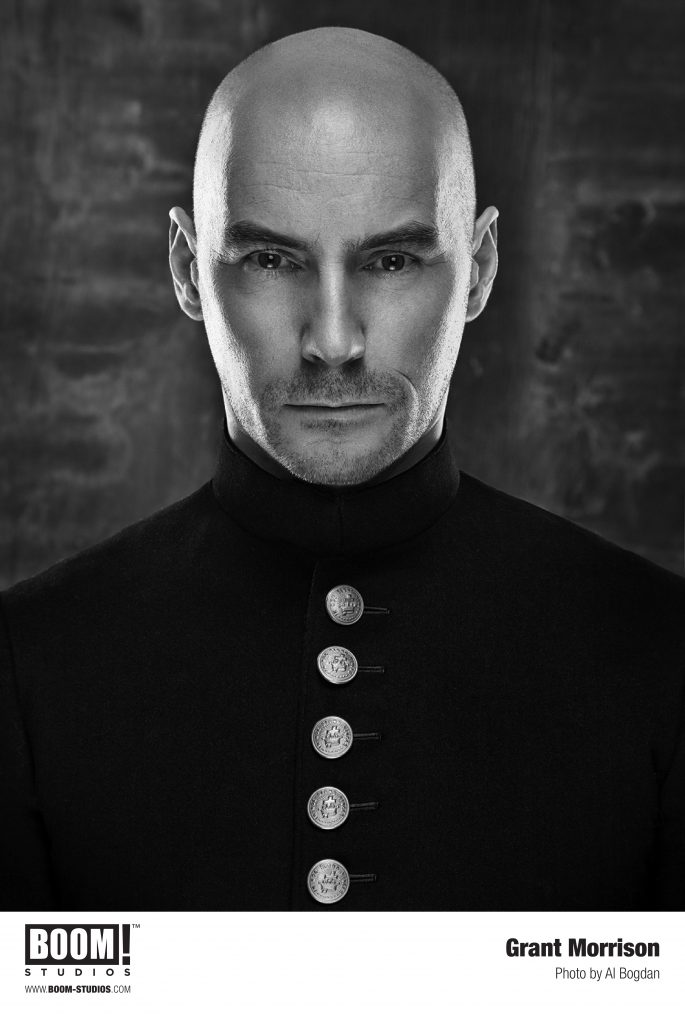 “I’m thrilled to be teaming up with the mighty Grant Morrison and the insanely talented Naomi Franquiz on my debut comic book, PROCTOR VALLEY ROAD!” said Alex Child. “With the hangover of the 1960s in the rearview, the Vietnam War dragging on, and the Space Race hotting up, we’re in small town supernatural America to tell the story of four best friends, three missing jocks, and a real life stretch of road steeped in legends that will ice your spine and leave the blood thumping in your ears. The girls’ reputations, friendship, and lives are all on the line in this white-knuckle adventure series as they try to unravel the mysteries and survive the nightmarish terrors of Proctor Valley Road, a place that makes Hell look like Honolulu!”

Naomi Franquiz is a Latina freelance illustrator and comic book artist currently based in delightfully dank Florida. She focuses on diverse and inclusive character-driven narratives that explore concepts such as found family, identity, and independence. Previous works include Tales From Harrow County: Death’s Choir (Dark Horse), Unbeatable Squirrel Girl (Marvel), and Bountiful, a short story in the ELEMENTS: Earth comics anthology. She is perhaps best known for her expressive character work, and perhaps less known for her inability to ride a standard bicycle.

“PROCTOR VALLEY ROAD is a big slice of Americana laced with uneasy cryptid horror, a side of rebel youth, and a killer soundtrack,” said Naomi Franquiz. 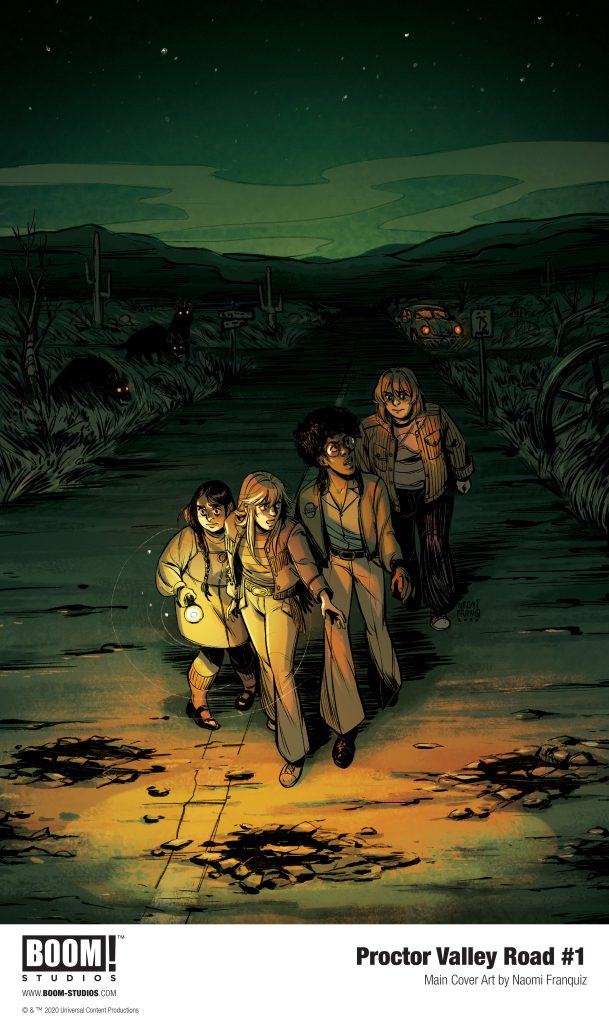 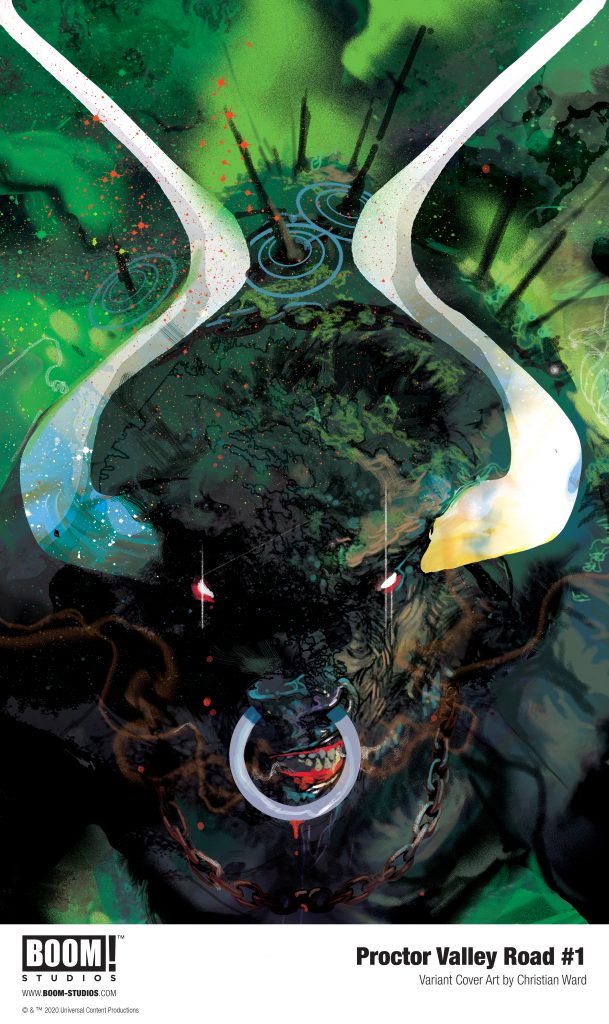 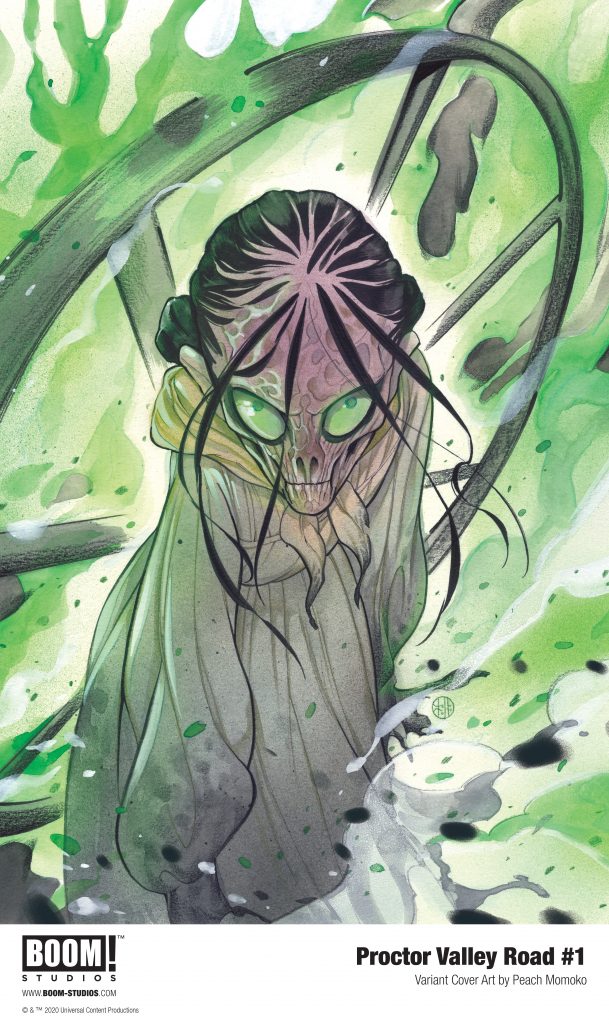 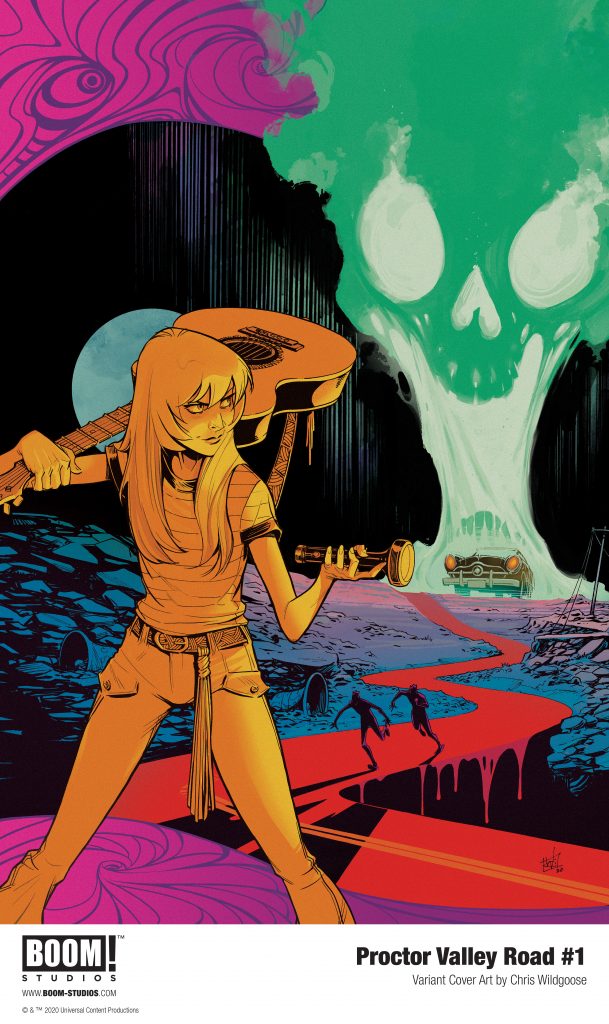 “Grant, Alex, and Naomi have created a kind of horror in PROCTOR VALLEY ROAD that is both beyond imagination and terrifyingly real,” said Eric Harburn, Senior Editor, BOOM! Studios. “Coming of age during the death of ‘peace & love,’ our heroines must not only conquer the evils spawned from this cursed desert highway, but the demons we all see when we look in the mirror and stare up at the ceiling at night.”

Print copies of PROCTOR VALLEY ROAD #1, for mature readers, will be available on March 10, 2021 exclusively at local comic book shops (use comicshoplocator.com to find the one nearest you) or at the BOOM! Studios webstore. Digital copies can be purchased from content providers like comiXology, iBooks, Google Play, and Madefire. The issue also features main cover art by Franquiz, along with variant covers from superstars Chris Wildgoose (Alienated), Christian Ward (Invisible Kingdom), and Peach Momoko (Buffy the Vampire Slayer).