Discover the First Ever Definitive Collections of Two of BOOM! Studios’ Global Bestselling Series in Winter 2021

“When it comes to horror and fantasy, the creators of SOMETHING IS KILLING THE CHILDREN and ONCE & FUTURE have managed to completely rewrite the script, bringing a fresh, new take to the beloved genres and building devoted audiences worldwide,” said Filip Sablik, President, Sales and Publishing. “As a fan myself, I’m very excited to announce that BOOM! Studios is offering the perfect gifts for comic book fans this winter—the very first ever deluxe editions collecting each of these phenomenal series in a large, oversized hardcover format with plenty of extra specials tucked in for new readers and dedicated fans to enjoy.” 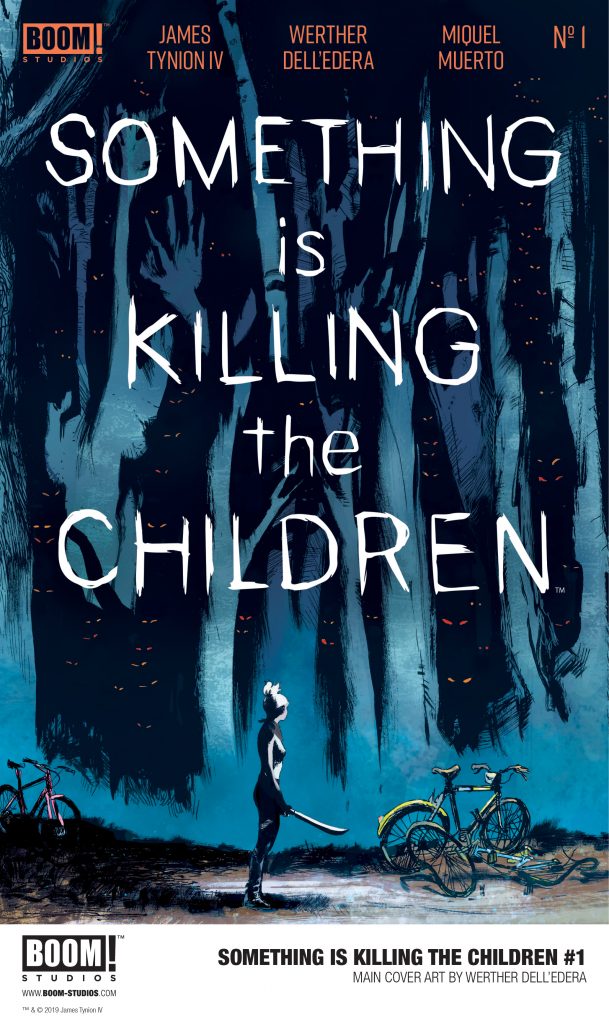 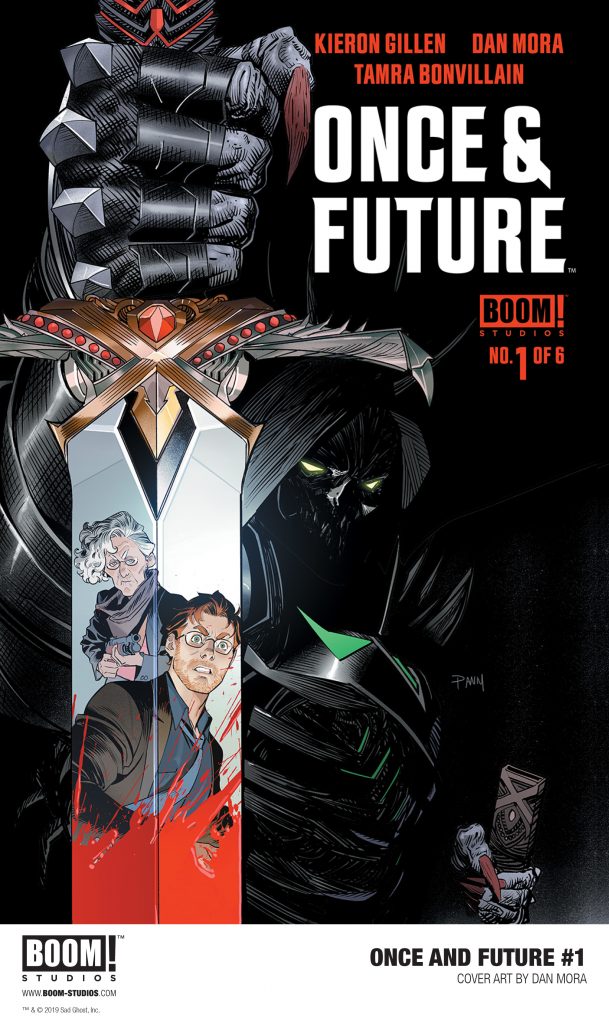 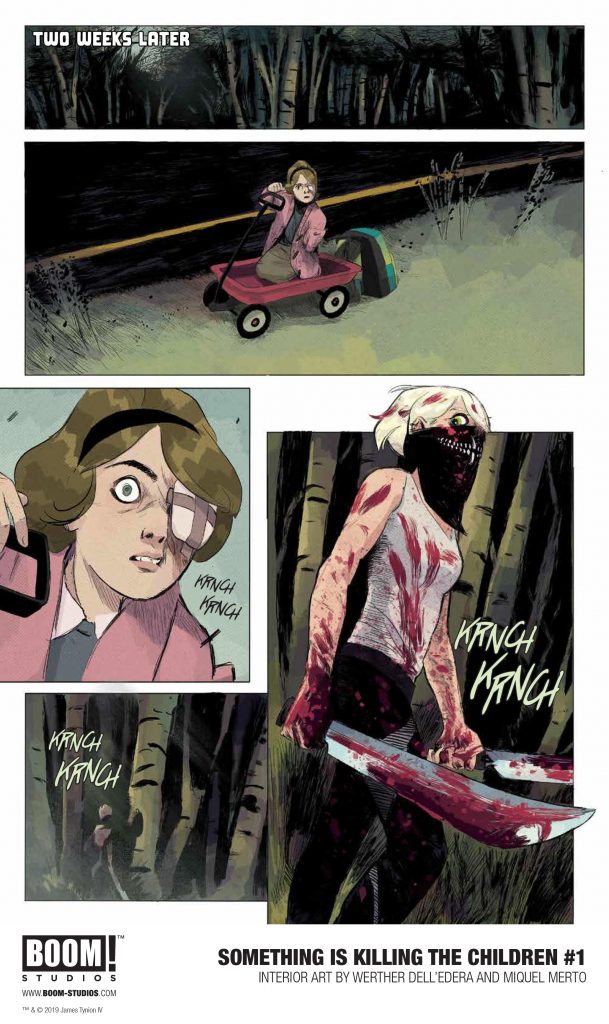 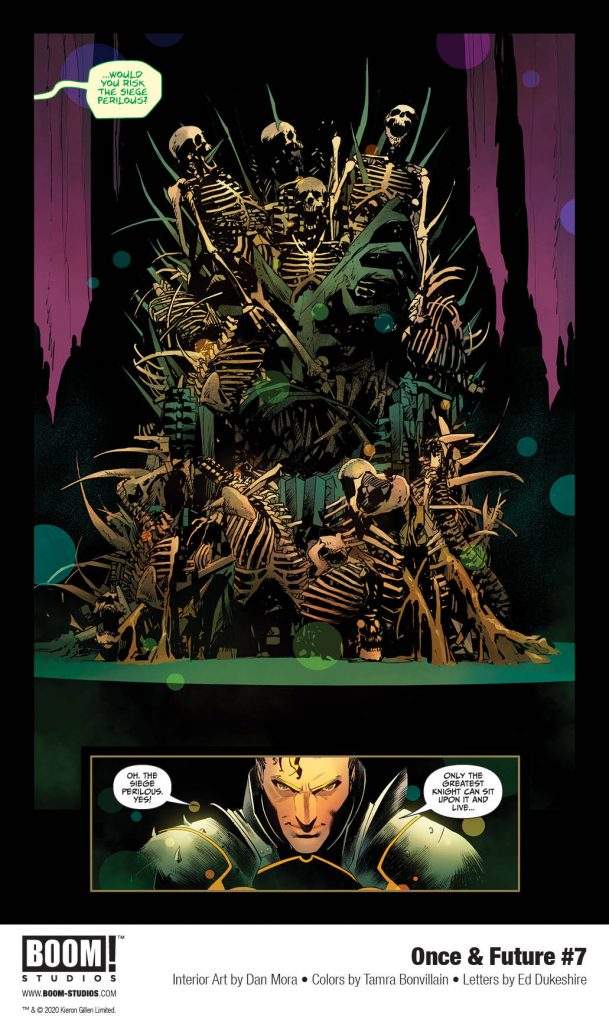 SOMETHING IS KILLING THE CHILDREN and ONCE & FUTURE Deluxe Hardcover Editions are the newest releases from BOOM! Studios’ eponymous imprint, home to critically acclaimed original series, including BRZRKR by Keanu Reeves, Matt Kindt, and Ron Garney; Proctor Valley Road by Grant Morrison, Alex Child, and Naomi Franquiz; We Only Find Them When They’re Dead by Al Ewing and Simone Di Meo; Seven Secrets by Tom Taylor and Daniele Di Nicuolo; Abbott from Saladin Ahmed and Sami Kivelä; and upcoming The Many Deaths of Laila Starr by Ram V and Filipe Andrade. The imprint also publishes popular licensed properties including Magic by Jed MacKay and Ig Guara; Dune: House Atreides by Brian Herbert, Kevin J. Anderson, and Dev Pramanik; and Mighty Morphin and Power Rangers series from Ryan Parrott, Marco Renna, and Francesco Mortarino.

Print copies of SOMETHING IS KILLING THE CHILDREN Deluxe Hardcover Edition will be available for sale on October 6, 2021 at local comic book shops (use comicshoplocator.com to find the nearest one) or at the BOOM! Studios webstore, and on October 12, 2021 at bookstores everywhere.

Print copies of ONCE & FUTURE Deluxe Hardcover Edition will be available for sale on November 17, 2021 at local comic book shops (use comicshoplocator.com to find the nearest one) or at the BOOM! Studios webstore, and on November 23, 2021 at bookstores everywhere.