MAGIC #1 Sells Out Again and Returns with Third Printing

Discover an All New Comic Book Adventure in the World of the Global Hit Game Magic: The Gathering

BOOM! Studios, under license by Hasbro, Inc. (NASDAQ: HAS) and in partnership with Wizards of the Coast LLC, has announced today that MAGIC #1, the premiere issue of the new original comic book series from acclaimed writer Jed MacKay (Marvel’s Black Cat), artist Ig Guara (Marvel’s Ghost-Spider), colorist Arianna Consonni, and letterer Ed Dukeshire, perfect for new readers and long-time fans, has sold out of the second printing at the distributor level!

Across the vast Multiverse, those gifted with a “spark” can tap into the raw power of Magic and travel across realms — they are Planeswalkers. When coordinated assassination attempts on Guildmasters Ral Zarek, Vraska, and Kaya rock the city of Ravnica and leave Jace Beleren’s life hanging in the balance, a fuse is lit that threatens not just these three Guilds, but the entire plane of Ravnica. Now these three must covertly infiltrate the wild plane of Zendikar and form a tenuous alliance to uncover why the targets of the assassins have all been Planeswalkers. . . which will lead them straight to one of the most enigmatic characters in Magic history! 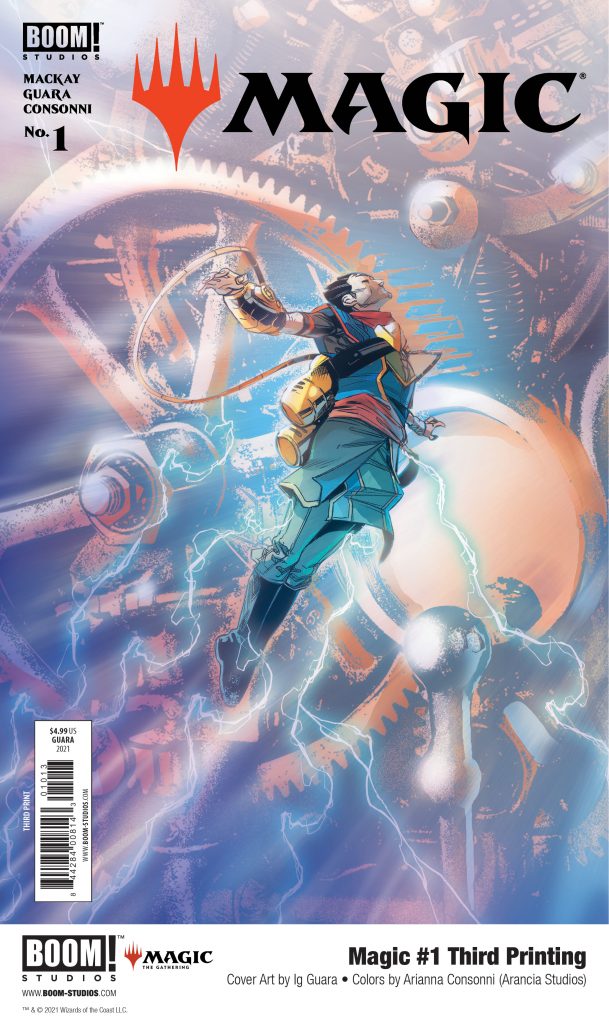 Print copies of MAGIC #1 FIRST PRINTING may be available now exclusively at local comic book shops (use comicshoplocator.com to find the one nearest you) or at the BOOM! Studios webstore. Digital copies can be purchased from content providers like comiXology, iBooks, Google Play, and Madefire. Print copies of MAGIC #1 SECOND PRINTING will be available at local comic book shops on April 28, 2021.