“Drops you in a vast universe and doesn’t look back.”—The Beat

“A thrilling kickstart to a new fantasy saga.”-SyFy Wire

“The first spark of something truly great.”—Screen Rant

BOOM! Studios, under license by Hasbro, Inc. (NASDAQ: HAS) and in partnership with Wizards of the Coast LLC, has announced today that MAGIC #3, the next issue of the new original comic book series from acclaimed writer Jed MacKay (Marvel’s Black Cat), artist Ig Guara (Marvel’s Ghost-Spider), colorist Arianna Consonni, and letterer Ed Dukeshire, perfect for new readers and long time fans, has sold out at the distributor level!

When their investigation into the role of one of Ravnica’s biggest Guilds in the assassination attempts on their lives lead Planeswalkers Kaya, Ral, and Vraska deep into the Undercity, they will need to succeed in the impossible – uncover the location of Duskmantle, the Dimir guildhall, and survive to tell the tale! Meanwhile, the assassin is amassing guild members to betray their own Guilds, even as their true motivations remain a mystery… 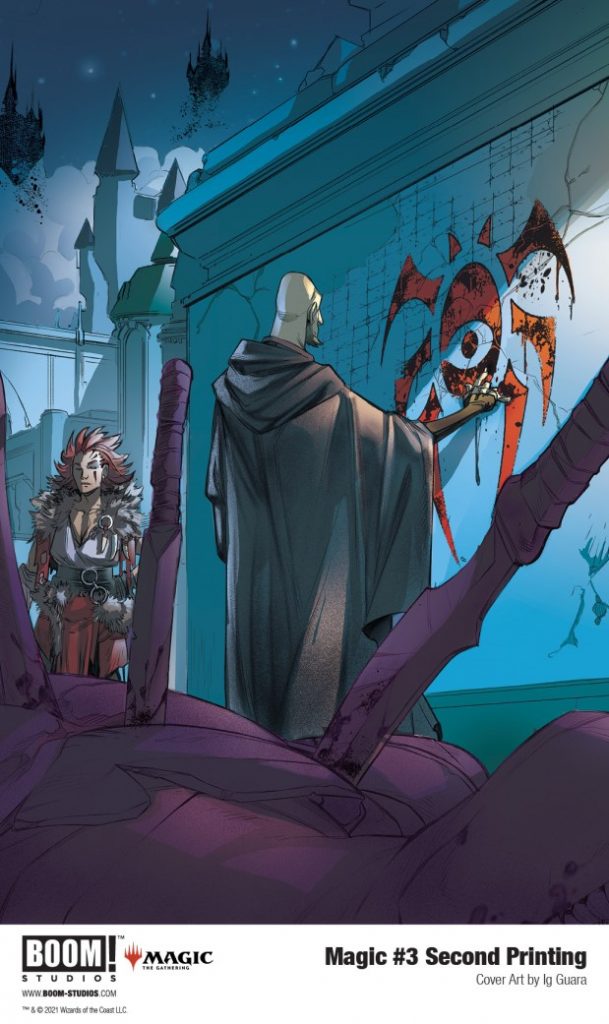 Print copies of MAGIC #3 FIRST PRINTING may be available now exclusively at local comic book shops (use comicshoplocator.com to find the nearest one) or at the BOOM! Studios webstore. Digital copies can be purchased from content providers, including comiXology, iBooks, Google Play, and Kindle.