But that’s not all! A special black and white edition, MIGHTY MORPHIN POWER RANGERS/TEENAGE MUTANT NINJA TURTLES #1 BLACK AND WHITE LIMITED EDITION will be available on January 29, 2020, featuring cover art by Dan Mora.

The Power Rangers arrive in New York City to find Tommy Oliver – AKA The Mighty Morphin Green Ranger – but soon discover he’s joined forces with the villainous Shredder and the Foot Clan! As the Rangers are sent reeling by this betrayal, they’re confronted by another (fr)enemy – the Teenage Mutant Ninja Turtles! Can these heroes find a way to work together to defeat the bad guys and save the world from total destruction?! 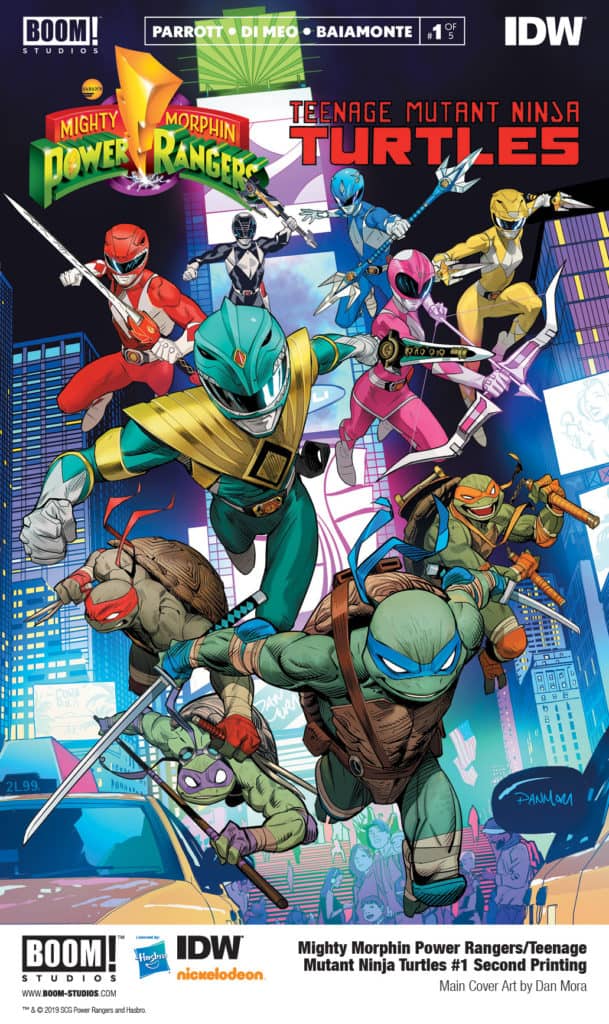 “Seeing the Power Rangers meet the Ninja Turtles for the first time is one of the most exciting pop culture events of the year so we want to make sure everyone has a chance to get their copy,” said Filip Sablik, President, Sales and Marketing, BOOM! Studios. “The anticipation for this event has been thrilling and with several new covers, including a couple featuring Shredder, and a brand new black and white edition of the issue itself, fans everywhere will have the chance to celebrate this historic series from the very start. And it’s only getting bigger from here!” 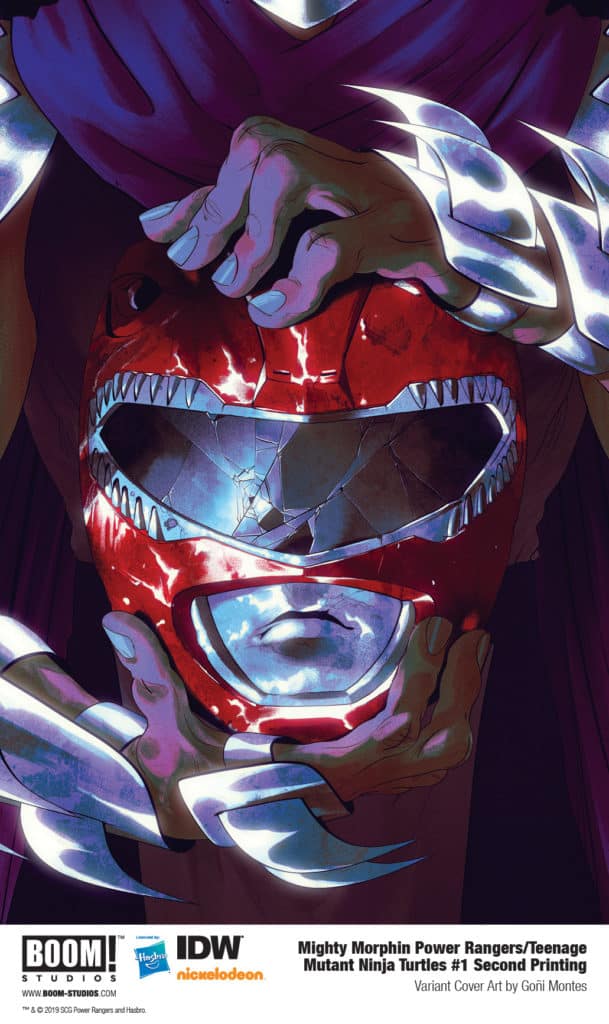 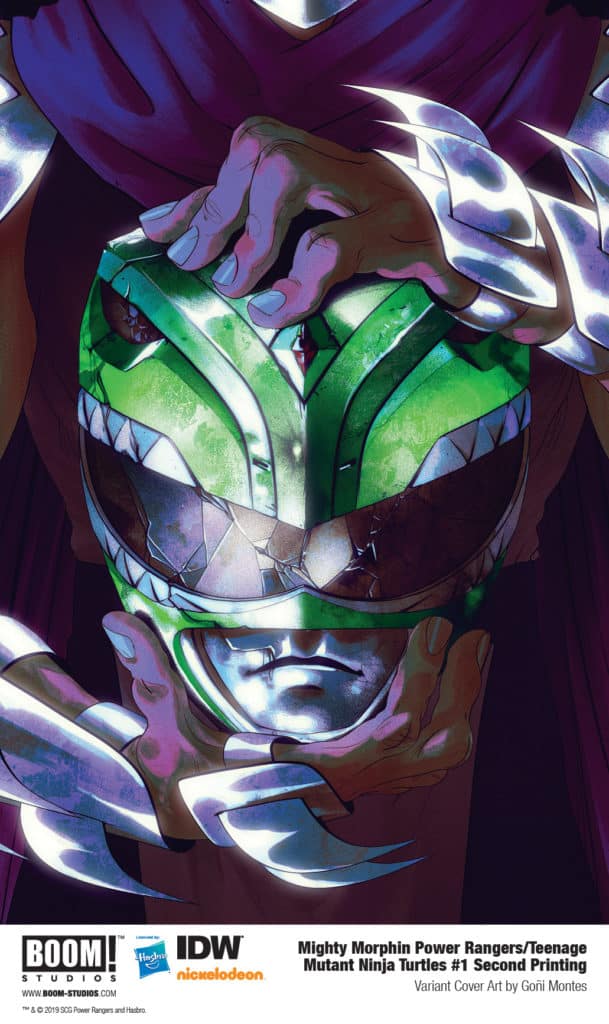 Print copies of MIGHTY MORPHIN POWER RANGERS/TEENAGE MUTANT NINJA TURTLES #1 FIRST PRINTING are available for sale now exclusively at local comic book shops (use comicshoplocator.com to find the nearest one) or at the BOOM! Studios webstore. Digital copies can be purchased from content providers, including comiXology, iBooks, Google Play, and Madefire.