“Everyone at BOOM! Studios, Saban Brands and on our Power Rangers comics have pulled out all the stops to ensure POWER RANGERS: SHATTERED GRID is the biggest story we could tell – and the response has been incredible,” said Dafna Pleban, Editor, BOOM! Studios. “By rushing this second printing back to stores, every fan will have a chance to visit their comic shop to ensure they don’t miss all the surprises to come for the Power Rangers!” 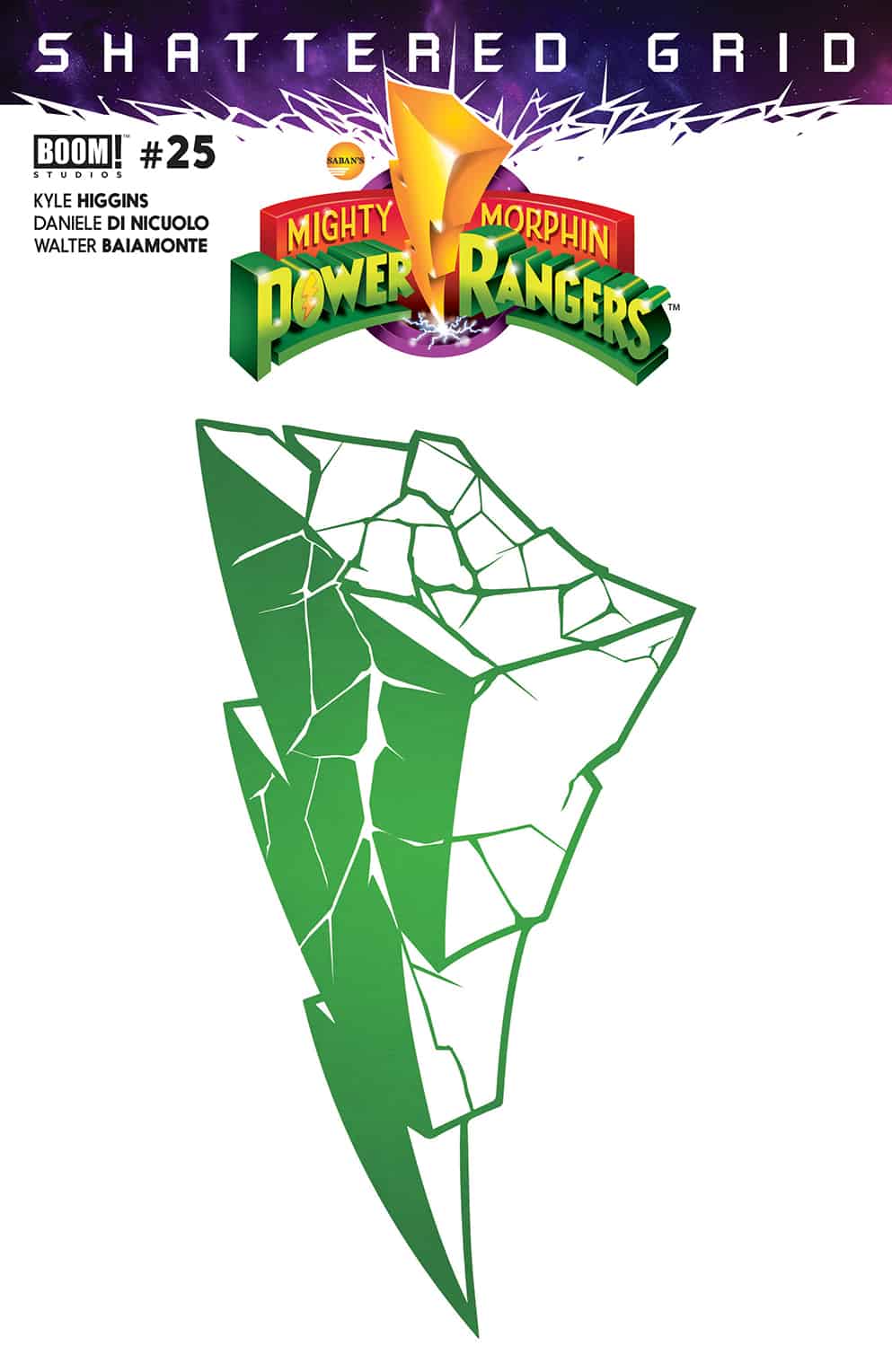 Print copies of Mighty Morphin Power Rangers #25 will officially be available today, March 28th, at local comic book shops (use comicshoplocator.com to find the one nearest you) or at the BOOM! Studios webstore. Digital copies can be purchased from content providers like comiXology, iBooks, Google Play, and the BOOM! Studios app.

Currently, Power Rangers is celebrating 25 continuous years on the air, making it one of the longest running kids’ live-action series in television history with nearly 900 episodes aired to date. Created by Haim Saban and launched in 1993 with “Mighty Morphin Power Rangers,” the franchise celebrates its milestone anniversary year with the 25th season, “Power Rangers Super Ninja Steel” currently airing on Saturdays at 12 p.m. (ET/PT) on Nickelodeon in the U.S.

For continuing news on POWER RANGERS: SHATTERED GRID and more from BOOM! Studios, stay tuned to boom-studios.com and follow @boomstudios on Twitter. 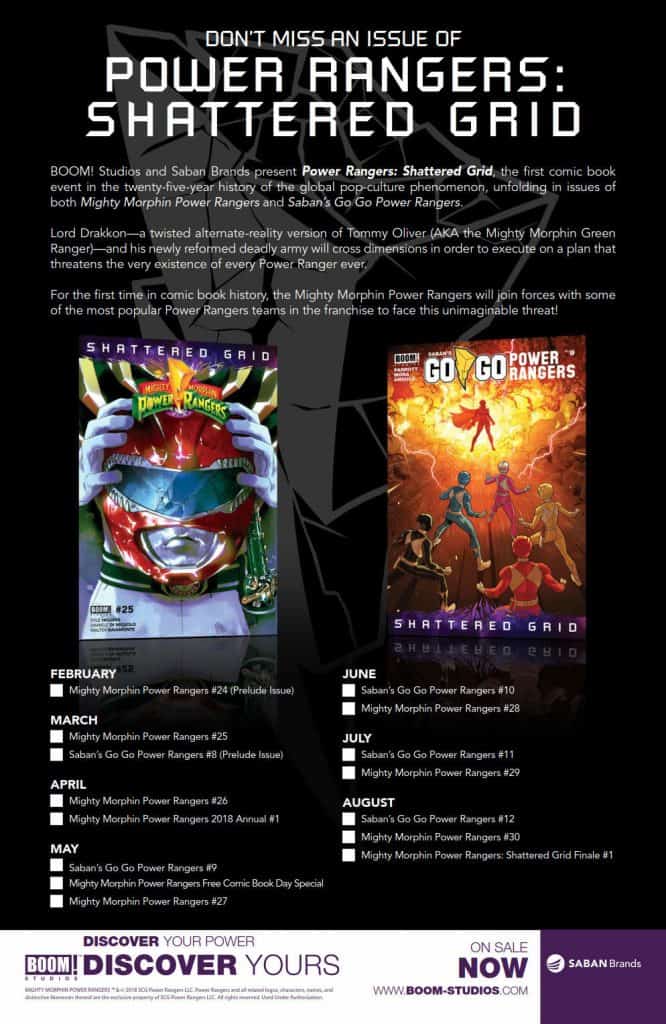