Save Cape Grace from Itself in SPECTER INSPECTORS #5 from BOOM! Studios

“The perfect mix of adventure, comedy, and horror, and you owe it to yourself to get it on all the fun.”—ComicBook.com

“Show up for the ghosts, stay for the queer romance.”—AIPT

BOOM! Studios revealed today a first look at SPECTER INSPECTORS #5, the final issue in the original five-issue series, created and written by Bowen McCurdy (The Long Way Home) and rising star Kaitlyn Musto, with art by McCurdy and letters by Jim Campbell, about a group of social media-savvy ghost hunters who seek out supernatural hot spots in order to answer the ultimate question. . . are ghosts even real?! Available in June 2021.

Thanks to demons and ghosts, Cape Grace is living up to its reputation as the most haunted town in the USA. But now Gus, Ko, Astrid, and Noa are beginning to suspect local clergyman, Father Lukas Von Brandt, and his congregation may not be what they claim to be. Can the Specter Inspectors save Cape Grace from itself… without making the ultimate sacrifice? 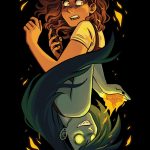 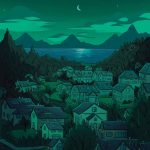 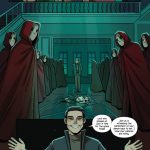 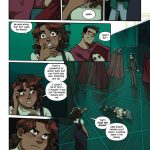 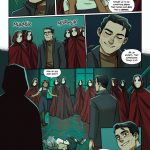 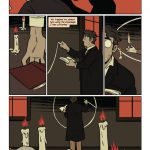 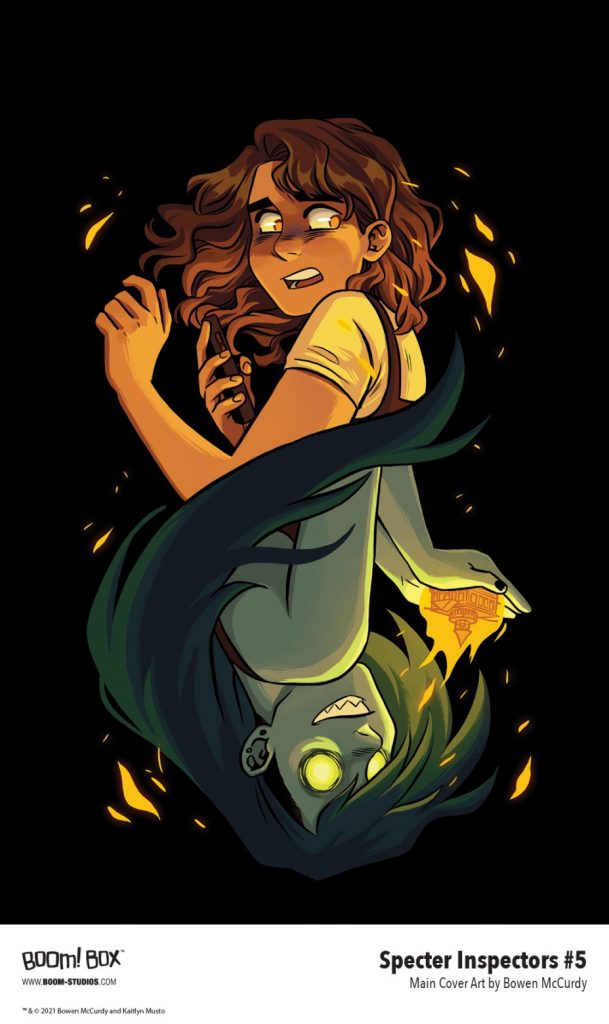 Print copies of the oversized SPECTER INSPECTORS #5, featuring more than 30 story pages, will be available for sale on June 30, 2021 exclusively at local comic book shops (use comicshoplocator.com to find the nearest one) or at the BOOM! Studios webstore. Digital copies can be purchased from content providers, including comiXology, iBooks, Google Play, and Kindle. A softcover collection of the entire SPECTER INSPECTORS series will be available in comic shops on October 13, 2021 and in bookstores everywhere on October 19, 2021.