BOOM! Studios today announced that WE ONLY FIND THEM WHEN THEY’RE DEAD #2, the latest issue of the new sci-fi epic from Al Ewing (Immortal Hulk), Simone Di Meo (Mighty Morphin Power Rangers), with color assistance by Mariasara Miotti and letters by AndWorld Design, about one man’s unrelenting quest throughout space to discover the truth—no matter where it takes him, has sold out of its first printing at the distributor level!

In response to the overwhelming support from retailers and fans, BOOM! Studios has announced WE ONLY FIND THEM WHEN THEY’RE DEAD #2 SECOND PRINTING, featuring brand new cover art by artist Ben Oliver and available in stores November 4, 2020.

“The excitement and interest in WE ONLY FIND THEM WHEN THEY’RE DEAD has been non-stop, leading to three sold out printings of issue #1 as everyone catches up to one of the most compelling new original series of the year,” said Filip Sablik, President, Publishing & Sales, BOOM! Studios. “So we’re very excited to announce a new printing for issue #2 so fans can continue their journey into space with the crew of the Vihaan II and discover just what lies beyond the edges of the known universe.” 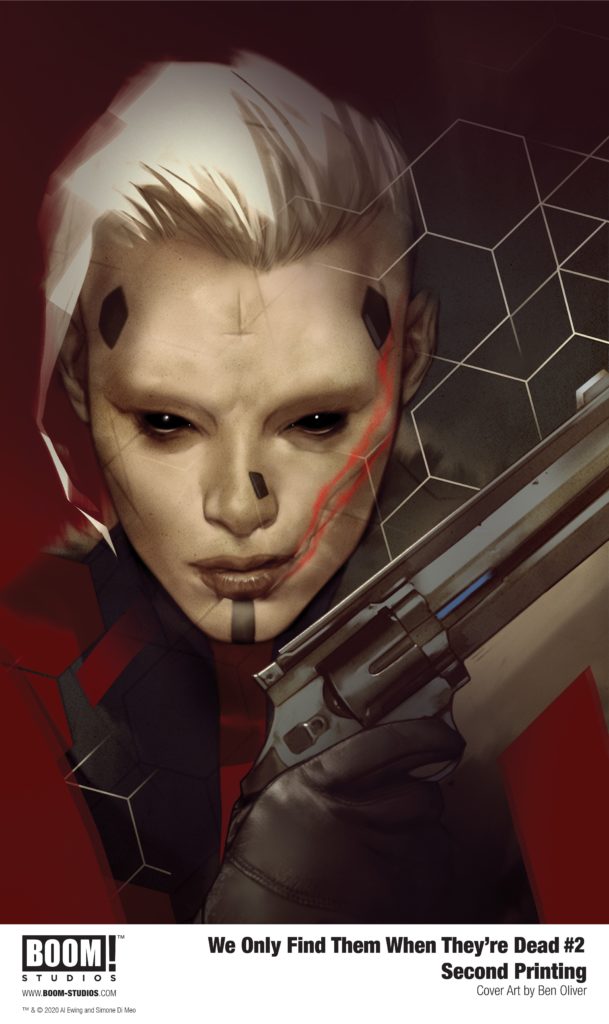 Print copies of WE ONLY FIND THEM WHEN THEY’RE DEAD #1 and #2 should be available now exclusively at local comic book shops (use comicshoplocator.com to find the one nearest you) or at the BOOM! Studios webstore. Digital copies can be purchased from content providers like comiXology, iBooks, Google Play, and Madefire.