A graphic novel memoir from Frank “Big Black” Smith, a prisoner at Attica State Prison in 1971, whose rebellion against the injustices of the prison system remains one of the bloodiest civil rights confrontations in American history.

In the summer of 1971, the New York’s Attica State Prison is a symbol of everything broken in America – abused prisoners, rampant racism and a blind eye turned towards the injustices perpetrated on the powerless. But when the guards at Attica overreact to a minor incident, the prisoners decide they’ve had enough – and revolt against their jailers, taking them hostage and making demands for humane conditions. Frank “Big Black” Smith finds himself at the center of this uprising, struggling to protect hostages, prisoners and negotiators alike. But when the only avenue for justice seems to be negotiating with ambitious Governor Nelson Rockefeller, Big Black soon discovers there may be no hope in finding a peaceful resolution for the prisoners in Attica.

Written by Jared Reinmuth and Frank “Big Black” Smith himself, adapted and illustrated by Ameziane, Big Black: Stand At Attica is an unflinching look at the price of standing up to injustice in what remains one of the bloodiest civil rights confrontations in American history. 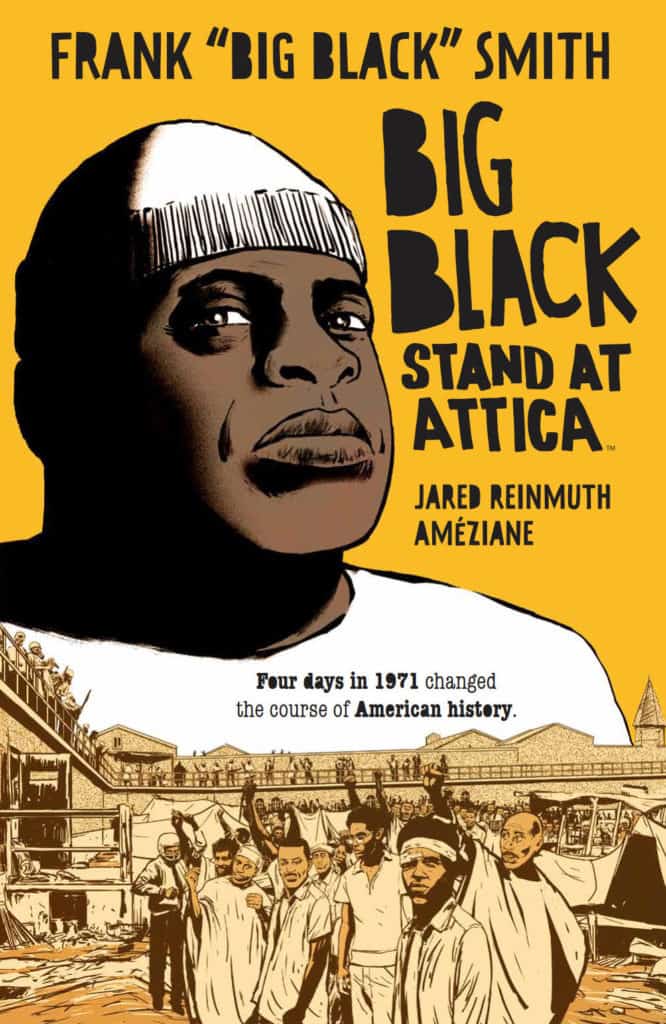