Cub reporter Madison Jackson is young, scrappy, and hungry to prove that she deserves her coveted college internship at the premiere newspaper in town, The Boston Lede, so when her police scanner mentions a brutal murder tied to the prominent Boston Kennedys, Madison races to the crime scene, looking for the scoop of the century.

What she finds instead is the woman who’ll change her life forever: Dahlia Kennedy, celebrity socialite, now widow, covered in gore and the prime suspect in the murder of her husband and child. When Dahlia refuses to talk to anyone but Madison, they begin a dangerous game of cat and mouse that leads the young journalist down a twisted path.

From Gaby Dunn (Bad with Money, I Hate Everyone But You) and Claire Roe (Batgirl and the Birds of Prey, Welcome Back) comes an all-new original graphic novel about the thrill of the chase and the dangers of going toe-to-toe with a potential killer. 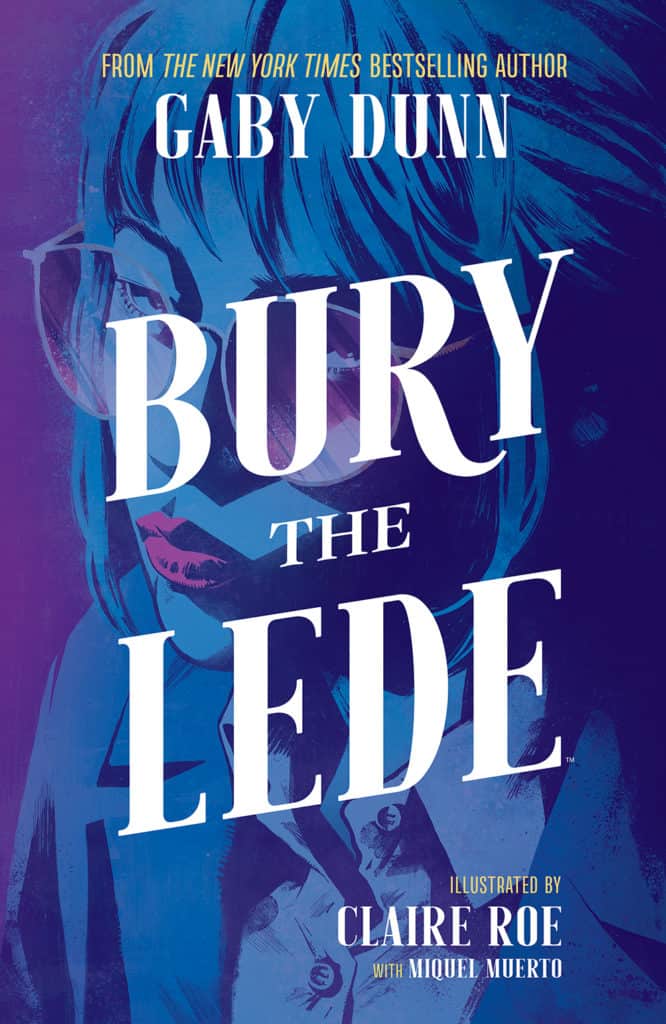