FIND YOUR COMIC SHOP
BUY ON AMAZON
BLOOD OF THE SARDAUKAR

New York Times best-selling novelists Brian Herbert and Kevin J. Anderson, alongside Dev Pramanik , adapt their acclaimed prequel to the groundbreaking Dune in comic book form for the first time, perfect for longtime fans and new readers alike. Set in the years leading up the Hugo and Nebula Award-winning Dune — which inspired the upcoming feature film from Legendary Pictures — DUNE: HOUSE ATREIDES transports readers to the far future on the desert planet Arrakis where Pardot Kynes seeks its secrets. Meanwhile, a violent coup is planned by the son of Emperor Elrood; an eight-year-old slave Duncan Idaho seeks to escape his cruel masters; and a young man named Leto Atreides begins a fateful journey. These unlikely souls are drawn together first as renegades and then as something more, as they discover their true fate — to change the very shape of history! 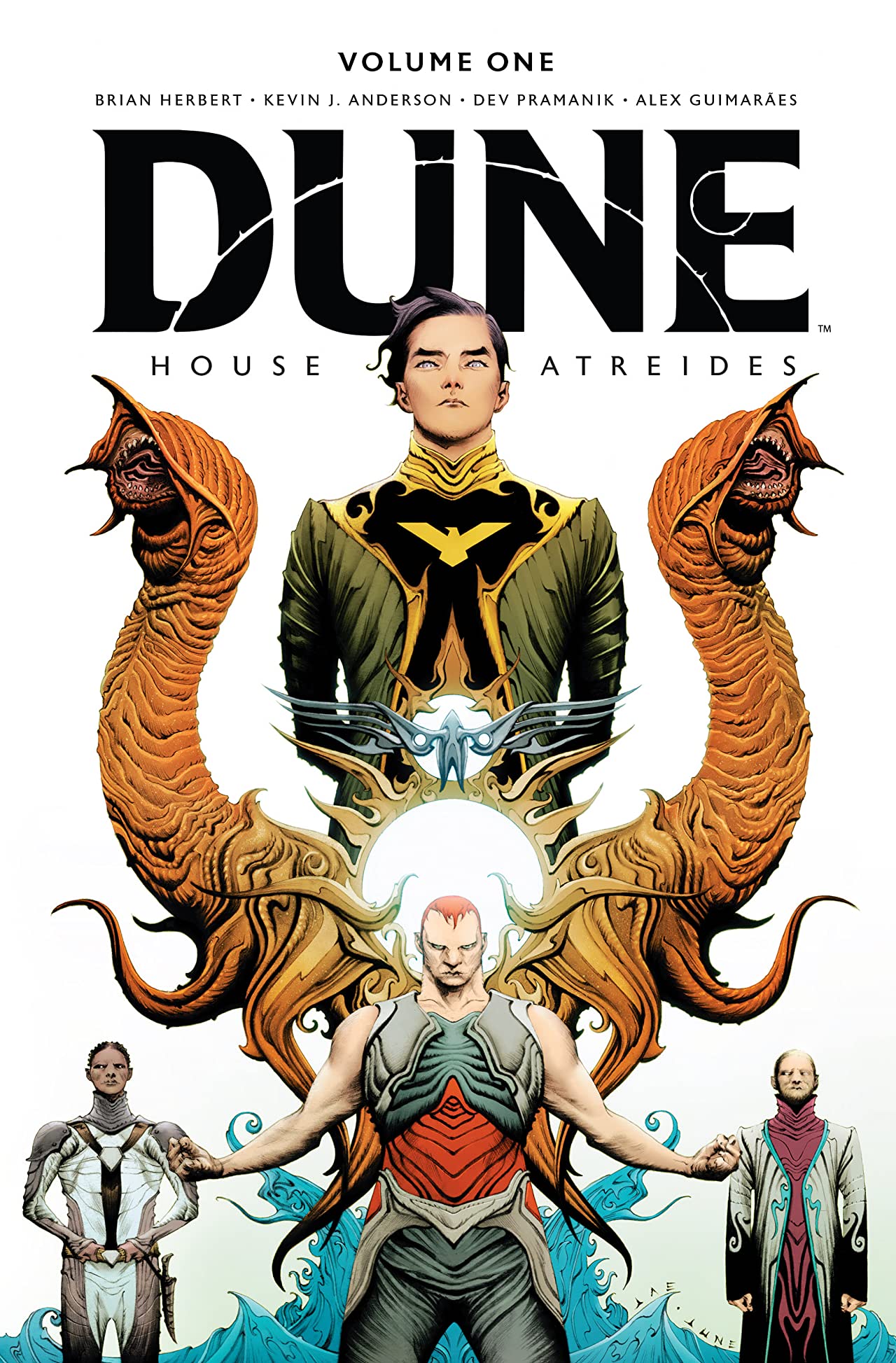