MANKIND MADE IT TO SPACE. AND NOW SPACE HAS FOLLOWED THEM BACK.

Herring is a disillusioned American spy stationed on the eastern side of the Berlin Wall, struggling with his role in a Cold War that seems to have no end. But when he’s sent on a mission behind enemy lines to infiltrate East German intelligence, he soon learns the Soviets have a secret weapon that could change the tides of the conflict: an alien monster that they don’t understand, and can’t control.

The Soviets are about to learn that they’re not in charge of the monster – it’s already in their minds and has twisted them to its will. Now Herring must find a way to understand the impossible – before it transforms him into a monster unlike any other.

Writer Jeff Loveness (Judas) and Lisandro Estherren (Redneck) team up for a story in the spirit of Cold War classics, for fans of period piece science fiction as well as alien action such as Barrier. 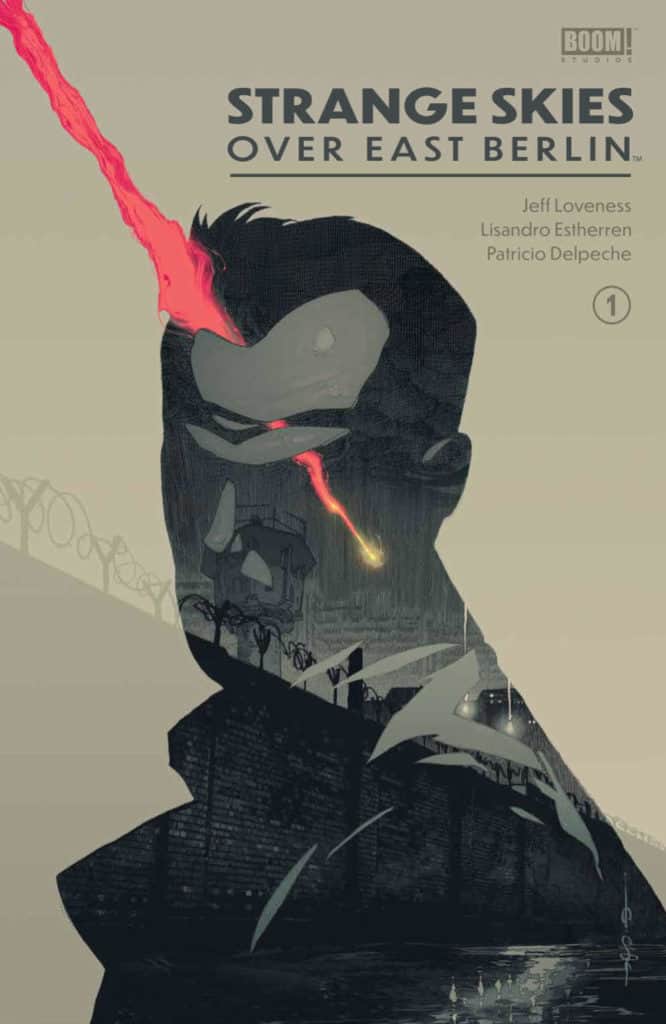